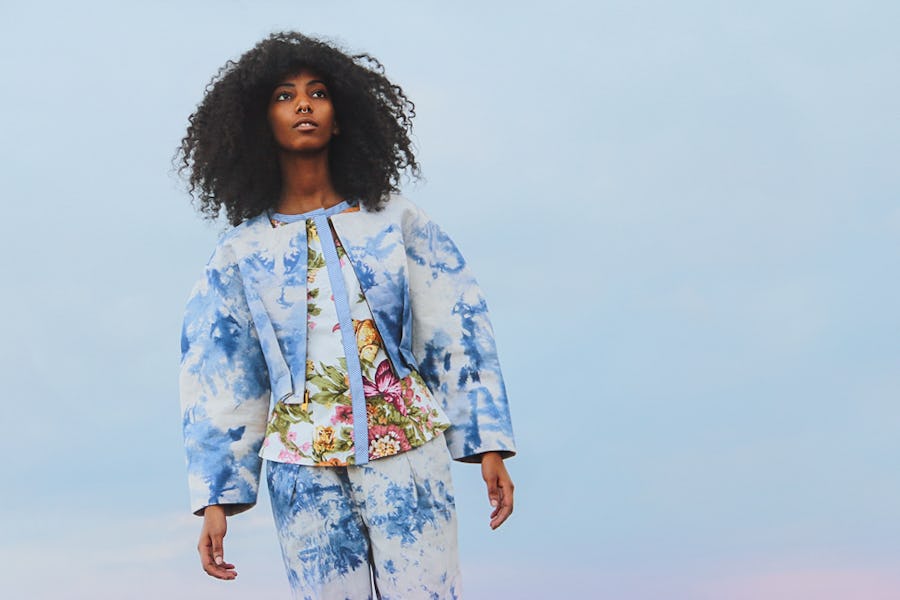 It may have been a slow burn, but the fashion world’s ever-watchful eyes have finally started to turn towards Africa and its emerging crop of fashion superstars. Some of them are already established, while others are exploding onto the scene as we speak – but if Vogue starts talking about you, you know you are hitting the global fashion stage. We know where we’ll be shopping this year… Read on to find our favourite designers and explore where you can find more African fashion online. 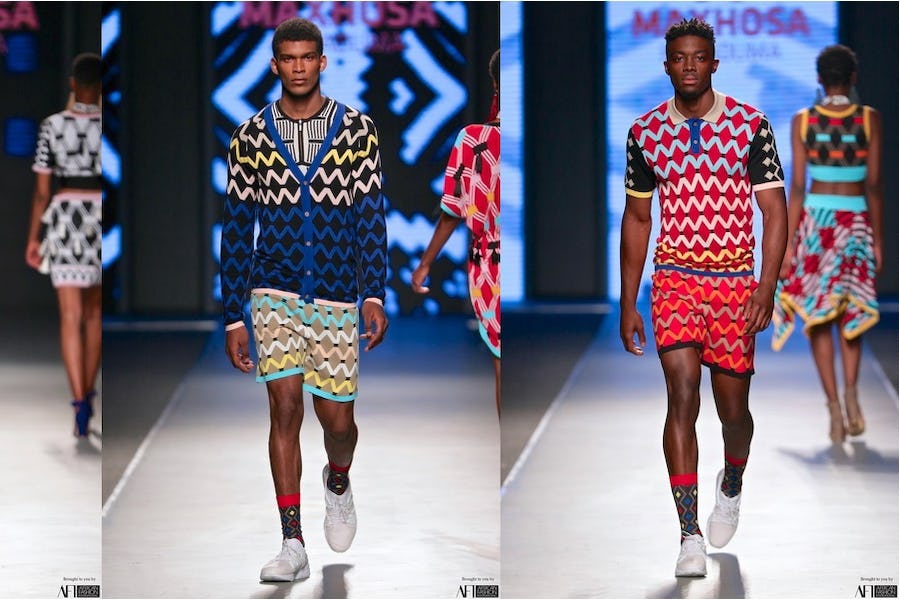 South Africa
South Africa’s fashion poster boy has been causing a stir for a while now, both here and abroad. His hugely popular knitwear brand, MaXhosa by Laduma, which draws inspiration from the Xhosa rite of passage, could be described as a bolder African version of Italian label Missoni. It has already garnered a huge following around the globe – including several cast members of “Black Panther”, who wore MaXhosa’s designs to the world premiere of the smash hit movie. 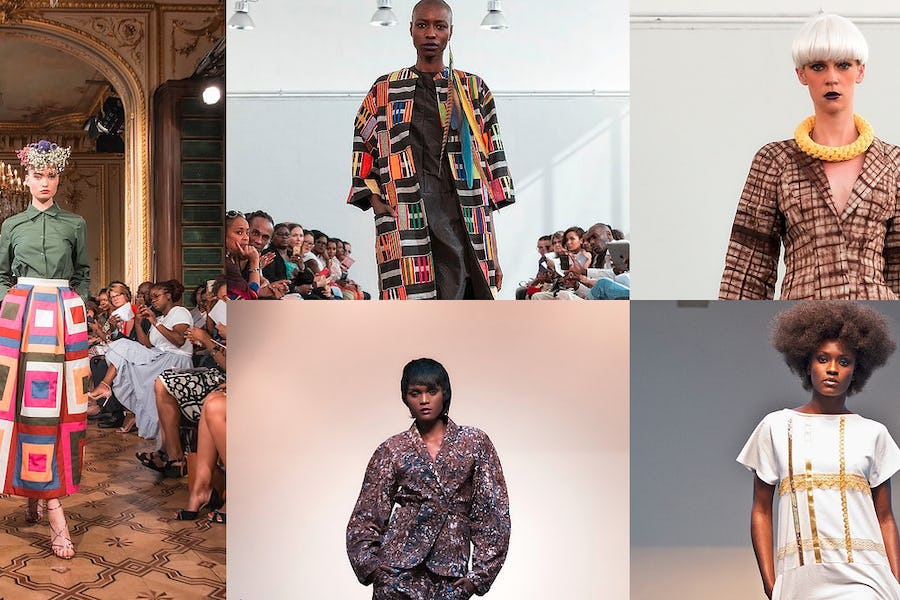 Cameroon
You could say that art runs in Imane Ayissi’s blood. Born in Cameroon to a champion boxer father and “Miss Cameroon” mother, he toured the world as a member of the “Ballet National du Cameroun” before working as a successful male model for the likes of Dior, Yves Saint-Laurent and Valentino. Eventually following his true passion, he turned himself into a fashion household name thanks to his successful couture and prêt-à-porter lines, which seamlessly blend African tribal art with Parisian Haute Couture. 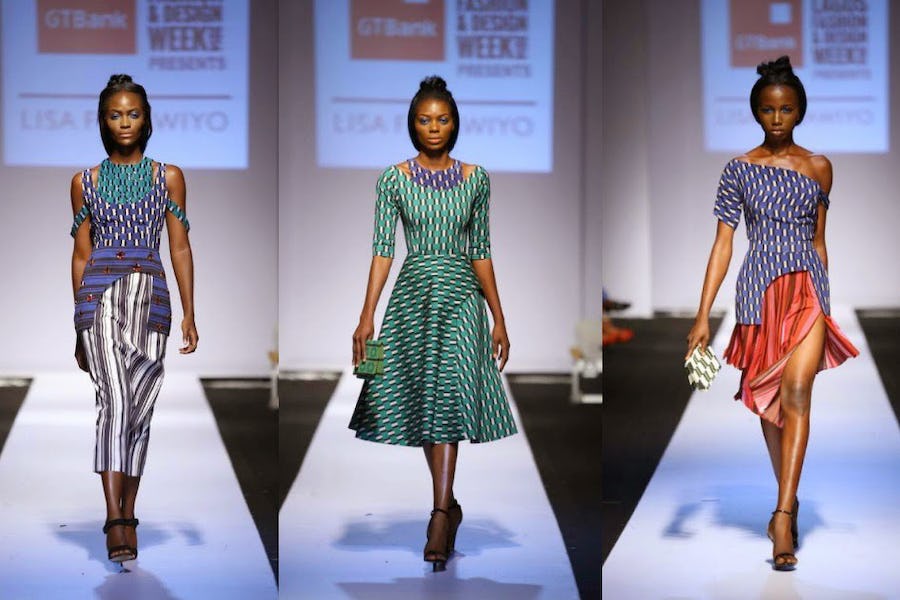 Nigeria
Having perfected the art of wearing “Ankara” (local West African cloth) through the use of ornate embellishment, Lisa Folawiyo transformed the textile to create a highly covetable print. Garments are handcrafted by expert artisans, a painstaking process taking up to 240 hours. The result has been an international runaway success – Folawiyo’s designs have been shown at New York Fashion Week, and can be admired on celebrities such as Lupita Nyong’o and Thandie Newton. 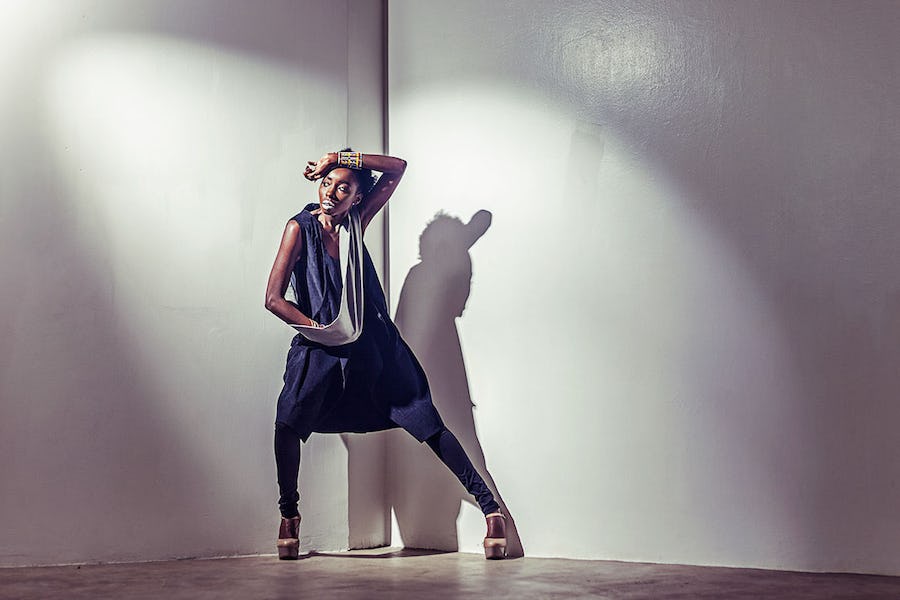 Kenya
Growing up in Nairobi, Katungulu Mwendwa spent much of her childhood observing her late grandmother, who sourced materials from local artisans for her curio shop. Passionate about Kenya, the budding designer returned home as soon as she had completed her fashion degree in London to start her own contemporary fashion line. Experimenting with innovative fabrics, traditional methods and modern techniques, her timeless casual and semi-formal designs are fast gaining an international following. 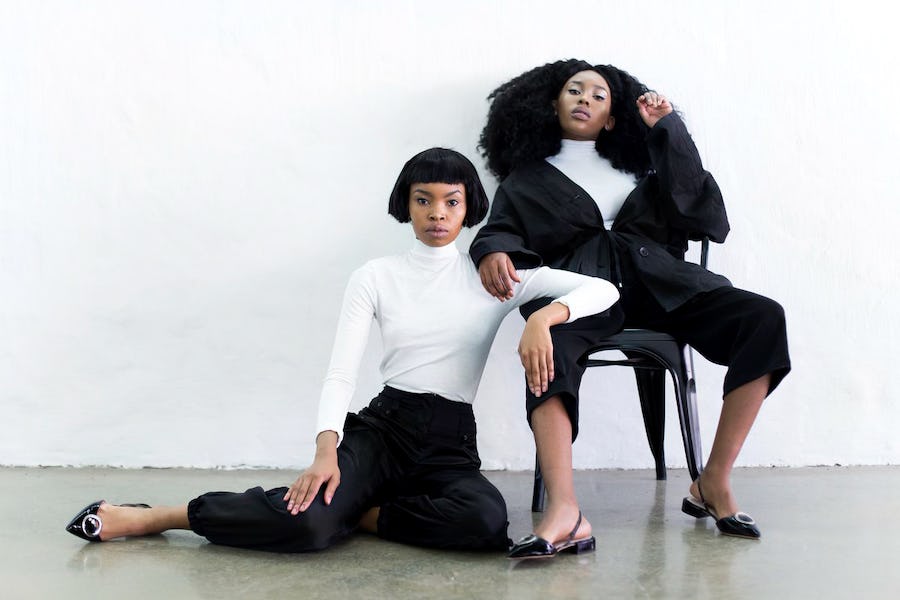 South Africa
Profiled in fashion bible Vogue earlier this year, design duo Shelley Mokoena and Keneilwe Mothoa are part of a new wave of designers taking Johannesburg by storm. As is appropriate for self-made Millennial entrepreneurs, their career began on Instagram, where they showed off a series of once-off, personalised items from local thrift stores. Now they are about to hit the global stage with the launch of Prime Obsession as an international contemporary brand with a minimalist design aesthetic – watch this space. 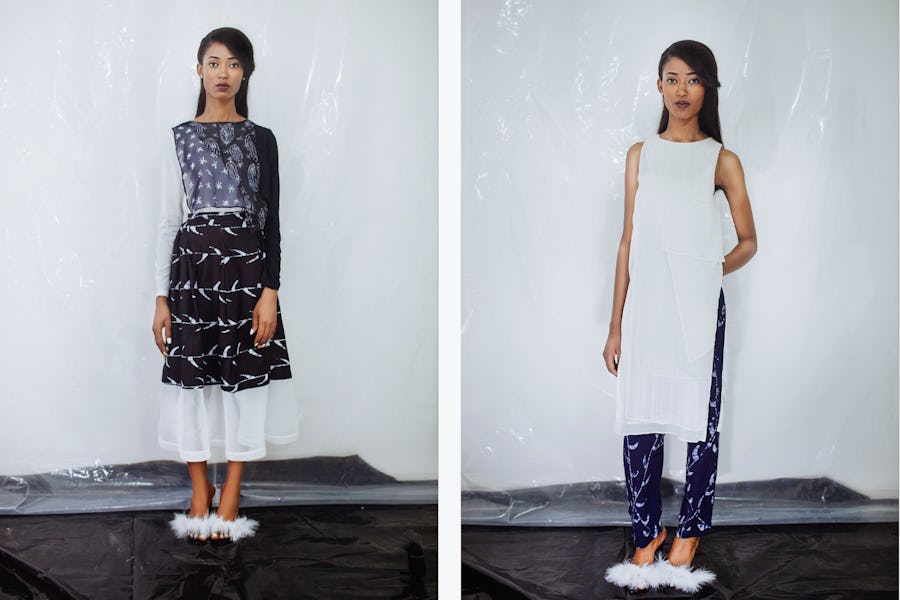 Nigeria
Founded by Maki Osakwe in 2010, Lagos-based womenswear label Maki Oh has enjoyed the ultimate celebrity endorsement in the shape of Michelle Obama – who even invited the young designer to the White House. Not bad going for the young designer, who makes all of her clothes from scratch in her home country. Osakwe’s designs are celebrated for their bold prints and liberal applications of raffia and silk fringing, and made their debut at NYFW in 2017. 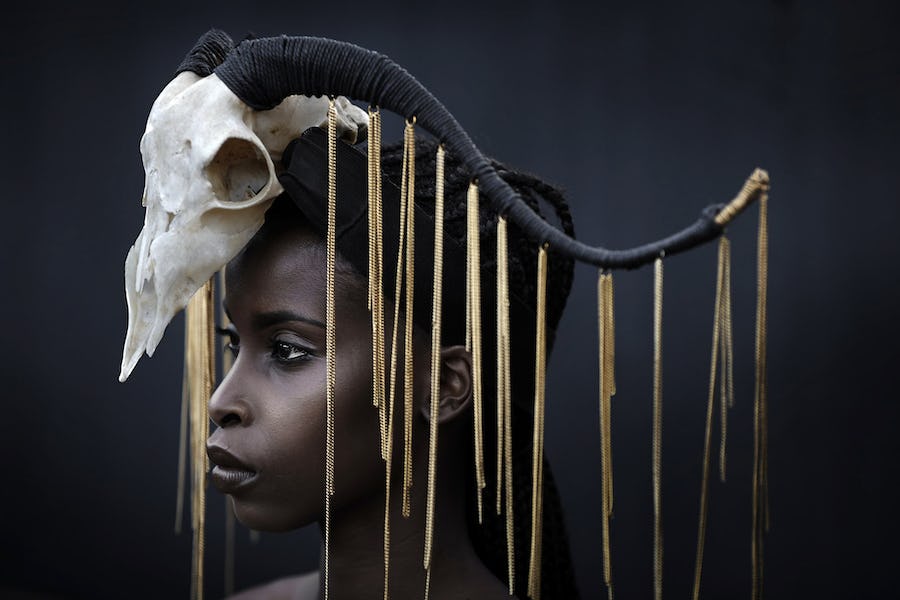 Kenya
Shah led a nomadic childhood, moving from Oman to North America to the UK (where she trained as a Jeweller and Silversmith), before completing jewellery apprenticeship programmes in Mumbai and Jaipur. Following a 12-year design hiatus she founded her own label, “I am I” in Nairobi. Her outsized pieces inspired by tribal talismans are made from locally sourced materials and crafted by hand. You can get your hands on the standout accessories in her Nairobi studio space or by-appointment boutique. 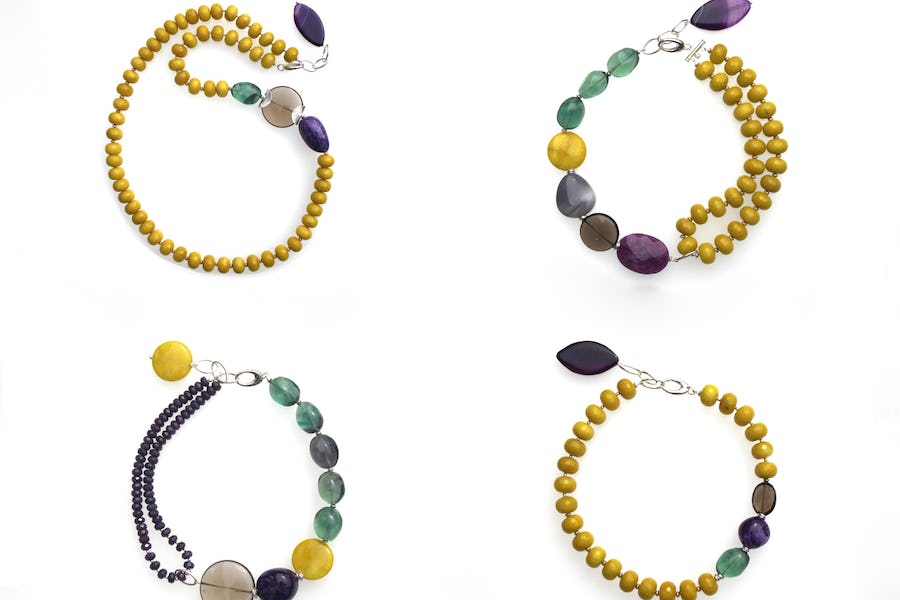 South Africa
South African jewellery powerhouse, Kirsten Goss, has become synonymous with contemporary African design. Goss studied jewellery design in Stellenbosch and worked for Erickson Beamon in the UK before starting her eponymous label in London in 2002. She returned to South Africa and opened stores across the country in Cape Town, Johannesburg and Durban, the most recent is a flagship store in Cape Town’s newest hub for art and culture, the trendy Silo District. 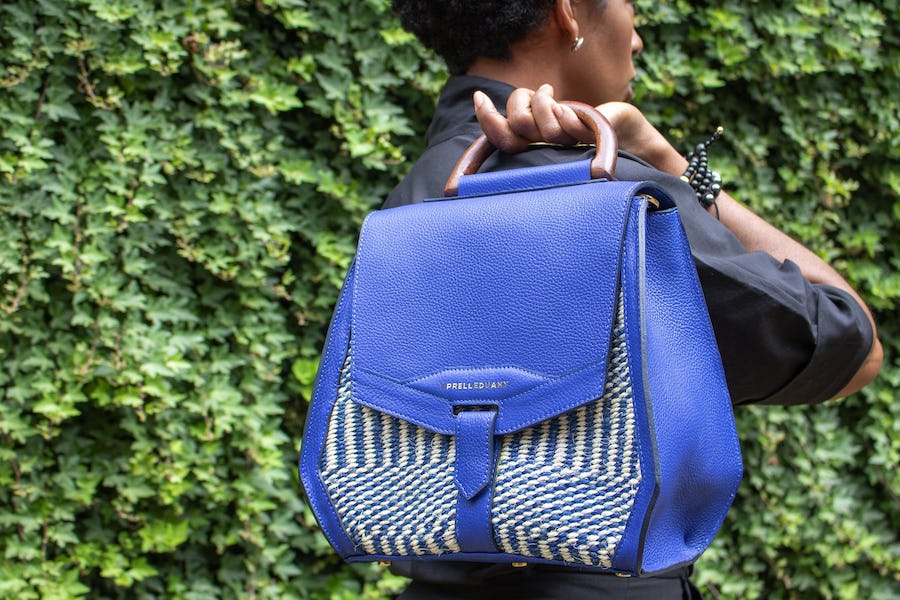