Top things to do on a Reunion Island holiday - Timbuktu 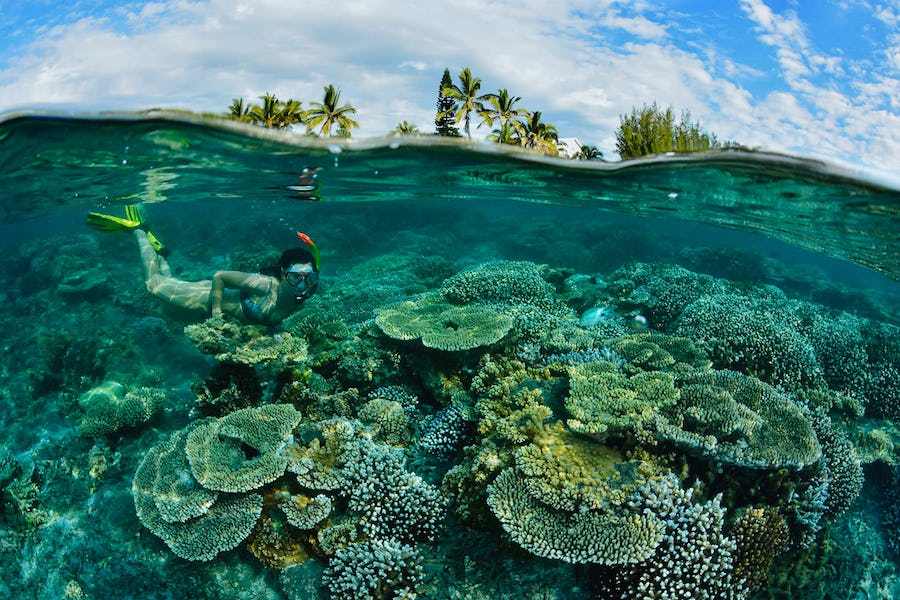 If you’re looking for a trip to a tropical paradise but need more than just a strip of white sand and lapping waves to keep you occupied, a Reunion Island holiday might be just what you’re after. Itchy-footed adventurers will enjoy the lush, green forests peppered with waterfalls that give way to pristine beaches and turquoise waters, just perfect for a spot of kayaking. Foodies and culture lovers will be kept busy by the island’s vibrant towns that are built on a heady mix of French, Creole, Indian and Chinese cultures.

For such a small island, there’s plenty to keep you entertained. We’ve listed our favourite activities to help you plan your own adventure-packed Reunion Island Holiday.

Lounge on a sandy beach

As you might have gathered from it’s name, Reunion Island is surrounded by water and has an ample supply of tropical beaches, from volcanic black sand to turquoise water lapping at bright shores. The beaches of Plage de Boucan Canot or Plage des Brisants are perfect for a spot of volleyball followed by a sundowner in one of the local beach bars but for those looking to relax, the west coast’s Plage de l’Ermitage and La-Saline-Les-Bains are dreamy. Think turquoise lagoons for paddling, hemmed with tropical trees – truly paradise found. Travel to the island’s south and you’ll discover the mystical black beaches of  Plage de l’Étang-Salé. The dark hue of the sand is a result of the volcanic minerals and lava fragments and is quite beautiful.

For those looking for more than a lounge on a beach, there are excellent opportunities to explore the island’s beautiful coral reefs. Whilst some areas aren’t ideal for swimming or snorkelling, the adventurous can journey out in transparent kayaks (all the better to see what lies beneath the surface) or on stand up paddle boards.

For a real beach indulgence, you could even pair a Reunion Island holiday with a hop, skip and a jump across to neighbouring Mauritius. Is there really such a thing as too many beaches…? We think not. 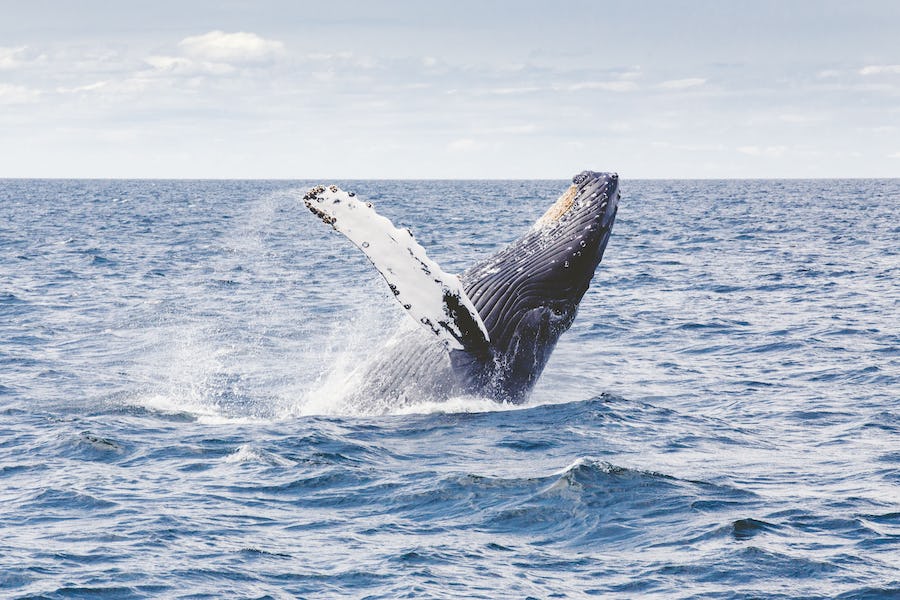 Due to the migratory patterns of whales, it’s possible to spot these majestic sea creatures all across Africa but Reunion is fast becoming a favourite destination. In the waters around the island, you’ll spot sperm and fin whales and between July and October each year visitors can also see magnificent humpbacks as they pass through on their annual migration. The best place for whale spotting is usually off the west and south-west coasts and there are plenty of companies on the island who offer tours.

Dolphins must arguably be one of the most popular animals in the world (the team here would be lying if we said we didn’t have myriad dolphin posters and jewellery in the 90s), and in Reunion you can expect to see the playful mammals year round. Pantropical spotted and blower dolphins are the species you’ll most likely spot on a Reunion Island holiday and there have also been reported sightings of the rarer Risso’s dolphin in the waters too.

If a sealife safari is high on your bucket list, you could do a lot worse than the delightful, marine-life-filled Reunion Island.

You might think that climbing an active volcano is an activity best suited to an Indiana Jones film but it’s also within the reach of us mere mortals too! And we think one of the best spots to try out your daredevil hiking skills has to be on a Reunion Island holiday. The idyllic isle owes its lush rainforested interior and black sand beaches to its volcanic nature so it’s no surprise you can summit one here. The most famous on the island has to be the Piton de la Fournaise, loosely translating to ‘The pit of the Furnace’ – rater apt really as it’s earned a reputation for being one of the most active volcanoes in the world! In spite of it being rather (ahem) excitable, it’s still a safe and fantastic hike for avid trekkers as long as you stick to the route and keep an eye on the signs advising of any issues.

The hike itself is medium difficulty and accessible to people of varying fitness levels – great news as it’s a cracker of a trek. You’ll start right down on the coast by the waves and work your way up to the peak, for that head-in-the-clouds feeling and views as far as the eye can see. You’ll know when you’ve reached the top as you’ll find yourself staring down into a vast, smouldering crater, watching as steam still soars from the vents below. Thrilling! 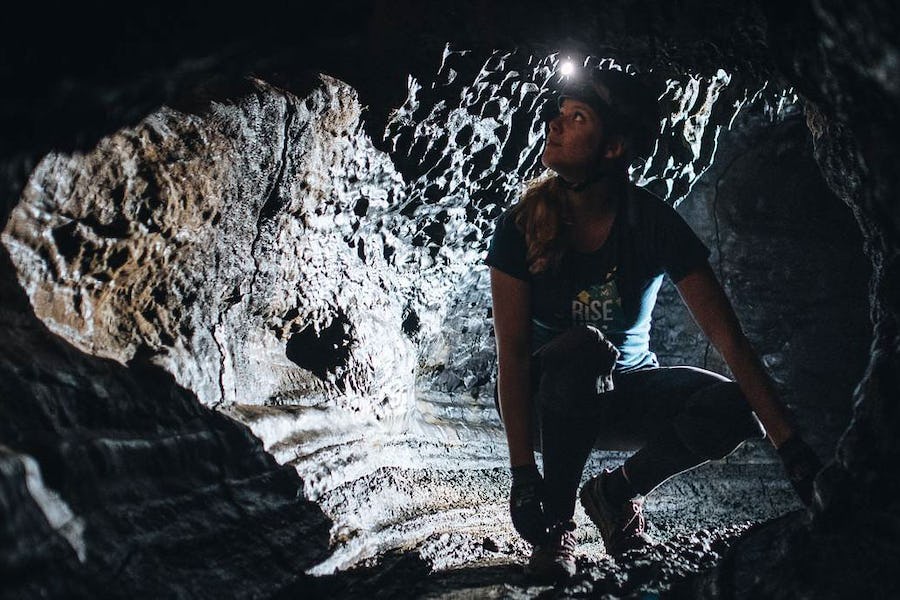 From one volcanic landmark to another! Almost the exact opposite of climbing to the heavens of Piton de la Fournaise, true adventurers can explore the underground effects of a volcano with a journey through the island’s ancient lava tunnels. Some of the channels are thought to be as much as 20,000 years old and were formed by lava flows whose upper crust cooled while the magma continued to flow underneath. Visitors will need to book a guide for an excursion (we don’t want anyone getting lost!), who’ll lead you through the maze of tunnels and introduce you to the incredible underground world. It’s a must for anyone interested in geology and for those looking to explore new and interesting landscapes on their Reunion Island holiday. 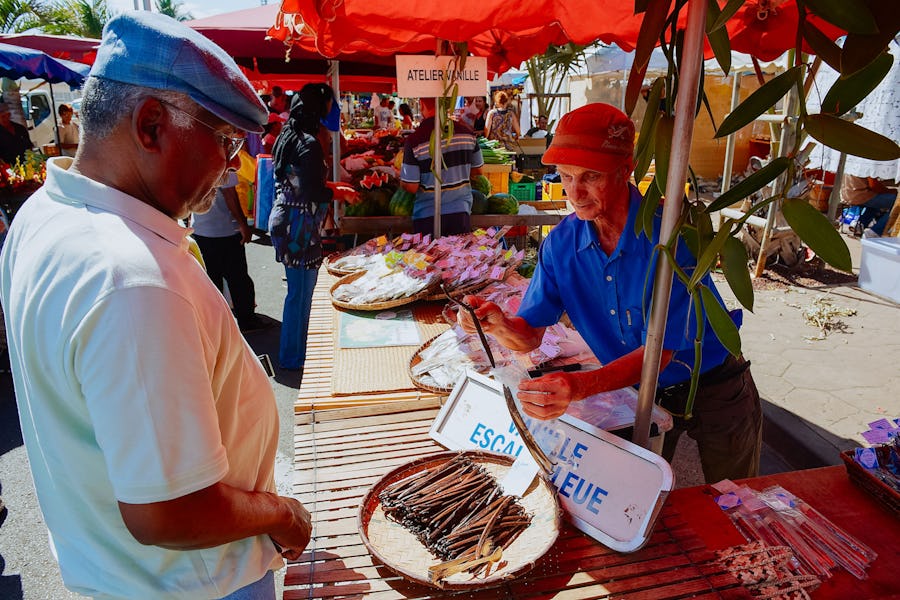 A Reunion Island holiday isn’t just for adventurers, foodies will find themselves very at home here too. The island is a French department and the food is every bit as spectacular as you’d imagine, with the French flair lighting up the island’s native ingredients and producing spectacular fusion dishes. There can’t be anywhere better to see this collision of cuisines and cultures than at the Marché Forain de Saint Pierre, a weekly market that takes place in the town of Saint Pierre on Saturday mornings. Here you’ll find the usual fruits and vegetables alongside French cheeses, spicy samosas, freshly baked baguettes, coconuts plucked fresh from the tree, locally grown vanilla (the heady scent sitting heavy in the air), artisan crafts and so much more. It’s an explosion of colours, sounds and flavours and encapsulates the island’s varied culture better than anywhere.

If you’re thinking of taking a Saturday trip to the beach, this is absolutely where you need to stock up for your picnic! Soak up the history

If you’re a culture vulture wanting to learn more about the island’s past then there’s plenty for you in Reunion as well. We’d recommend starting in the island’s capital of St Denis where you’ll feel like you’ve travelled from a tropical African isle to the centre of a European city! The influence is strong in this part of the island and you can expect to see chic boutiques, bakeries and patisseries, classic French architecture, and a European-style square where you can sip a drink and people watch. The town also showcases the other cultures that have shaped the island and you’ll find a mosque, cathedral, Buddhist pagoda and a Hindu temple as you wander around.

If you’re travelling to Reunion in June then we’d also suggest heading to the popular seaside village of Saint-Gilles where you can soak up the atmosphere of the Grand Boucan carnival. Travelling at another time? Not a problem: this laid-back village has some great nightlife and is the perfect spot to dance your evenings away. 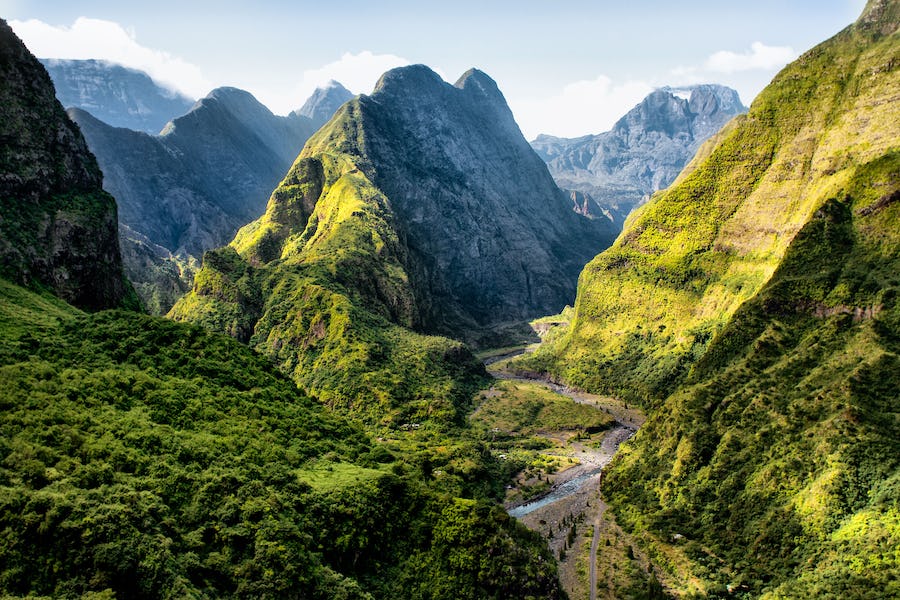 You may also get your culture fix as you hike to the most remote, inhabited part of the island, the Cirque de Mafate. This collection of villages is cut off from the rest of the island and can only be reached by foot. The caldera in which the villages can be found was formed an astonishing three million years ago after a volcanic magma chamber collapsed. What was left was an incredible landscape that’s perfect to explore on foot and offers some of the best panoramas of the island. There’s no running water or electricity in the magnificent valley and the 800 or so inhabitants who live here survive in much the same way that their ancestors did when they first settled in the 18th century.

We’d recommend spending at least a day or two of your Reunion Island holiday at the Cirque de Mafate so you have plenty of time to meet the local people as well as explore the hiking trails that surround the settlement. It’s like nowhere else.

We always think that Reunion Island looks like something out of Jurassic Park. The island rises dramatically out of the sea and impresses with its steep volcanoes and lush, dense rainforest. It’s unsurprising with this sort of topography that it’s also chock-a-block with waterfalls. One of our favourite’s is Grand Galet Falls, also known as Langevin Falls. The surroundings look like something out of a fairytale and we think it’s the perfect place to spend the day swimming and picnicking. Stop in a town on your way and stock up with plenty of baguettes, fromage and jambon, and you’ll find yourself enjoying the perfect blend of island life and Reunion’s French influence.

Fancy exploring the falls in greater depth or trying something a little more adventurous on your Reunion Island holiday? A few companies on the island offer adrenaline-pumping canyoning excursions so you can spend a day scaling challenging rocks and jumping off waterfalls. Go on, push yourself to your limit!