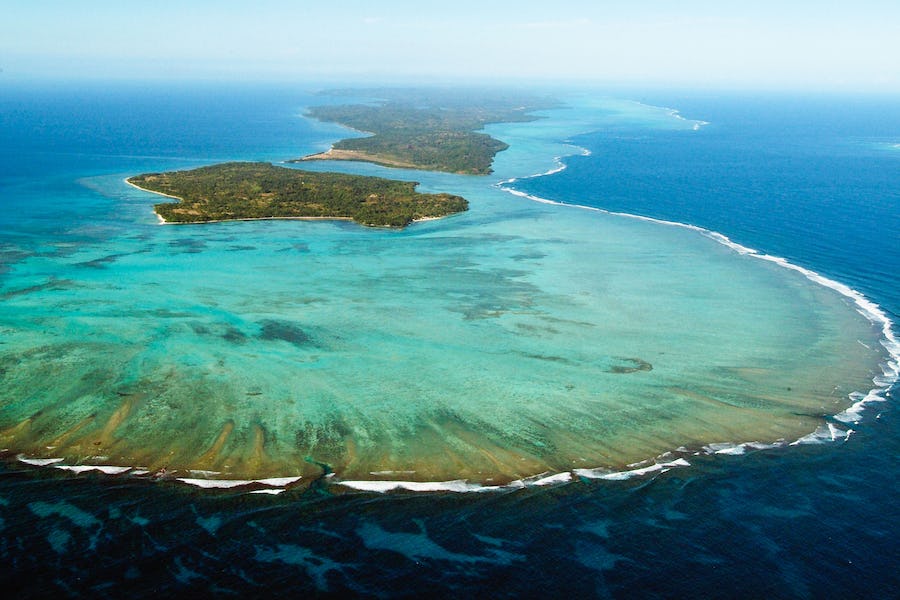 Calling all adventurers, dreamers and beach-holiday searchers! If you’ve long dreamt of escaping to the shores of a desert island, perhaps we can tempt you with a visit to one of the originals that has a slight twist in its history? To an island steeped in swashbuckling tales, hidden treasure and all, and one that has gone down in pirate folklore as the place that sparked the idea for the legendary ‘Treasure Island’…

These days Nosy Boraha is a beautiful beach idyll; a place to while away your time laying on the sandy shores underneath gently swaying palm fronds, or snorkelling in the crystal clear waters. In the 17th and 18th centuries, however, it was a very different story and the island was home to more than a thousand pirates. It wasn’t the postcard beaches that drew the pirates to Nosy Boraha (although they certainly couldn’t have hurt) but it was no mere coincidence that the colony was set up on this seemingly remote island. This particular 50 kilometre stretch of land in the Indian Ocean was chosen specifically for its location. From here, the pirates could easily intercept and plunder the ships travelling from the East Indies, laden with valuable cargo. So associated was the island with piracy that ‘Gone to Madagascar for lymes’ was a message often left at pirate meeting places.

A home for rum-swigging marauders

It is believed that feared brigand Adam Baldridge was one of the first to discover the pirate potential of Nosy Boraha, then known as Ile St Marie or St Mary’s Island. Baldridge realised that the bays and inlets of the island would provide safety for ships, as well as affording a bountiful supply of fresh water, food…and women! It is also thought that the ample supplies of fruit were used for making the infamously favourite drink of these seafaring marauders, rum. Nosy Boraha was indeed a pirates playground and it’s no wonder that more and more buccaneers began to make their lives here.

One of the most infamous characters to have walked the island’s shores was Scottish pirate, Captain William Kidd. Feared across the seven seas and even included in Robert Louis Stevenson’s literary epic, Kidd made quite a name for himself for plundering and piracy. Whilst Kidd was eventually executed on charges of murder and piracy on the high seas, his legend has lived on. Even now, 300 years later, treasure hunters are still searching for the cache of riches Kidd is rumoured to have buried, all across the world. There’s particular interest in Nosy Boraha as it is here that the infamous captain’s ship, Adventure Galley, is believed to have sunk. To this day, divers still explore the watery depths surrounding the island in the hope that they might discover the last buried treasure of Captain Kidd.

And it’s not just Kidd’s bounty that divers dream of finding in these Madagascan waters. The bay is an underwater paradise for treasure hunters and ships and sloops litter the ocean floor, holding the secrets of their old masters, concealing loot from centuries before.

Shiver me timbers, a pirate graveyard!

As more pirates started to settle on the island, a community was established. There isn’t much remaining from their occupancy today, though we do know there were previously many settlements and warehouses. One of the only reminders of Nosy Boraha’s once unsavoury residents is its pirate graveyard, the only one of its kind in the world. In this crumbling cemetery, set atop a hill, around 30 graves still remain, some even etched with an ominous skull and crossbones. Local legend states that William Kidd is buried here, in an upright grave, an eternal punishment for his despicable deeds in life. He was actually buried in England following his execution but sometimes it’s fun to be swept along with the bloodthirsty, island folklore…

A pirate’s life for you?

Nowadays the activities you can enjoy on Nosy Boraha are a little removed from those of its plundering pioneers, but no less fun! From July to September, travellers can enjoy dazzling acrobatic displays from the island’s annual humpback whale visitors, as the majestic creatures frolic in the surrounding waters. It’s also a ripe location for adventurers; hikers will enjoy trekking through the undergrowth of its steep hills (perhaps still concealing some pirate secrets!), whilst divers will revel in the crystal clear waters as they explore the island’s tropical reefs.

If you’ve been looking to plan your own swashbuckling adventure, then shoot Nosy Boraha right to the top of your list. Whilst we don’t encourage you to terrorise any passing ships, we do heartily recommend indulging in some other pirate pastimes; there’s local rum to be enjoyed, sea shanties to be sung and long-hidden secrets to be discovered. And even if you don’t fancy searching for the treasures of William Kidd, simply sit back and indulge in the respite of this paradisal island, sought out by buccaneers all those centuries ago… You won’t be disappointed!

For a gentle introduction to the wonders of Madagascar and an exploration of Nosy Boraha at the end of your trip, take a look at our classic ‘Lemurs and Sunsets’ route, or if a longer adventure is more up your street, this route might just tickle your (pirate’s) fancy…