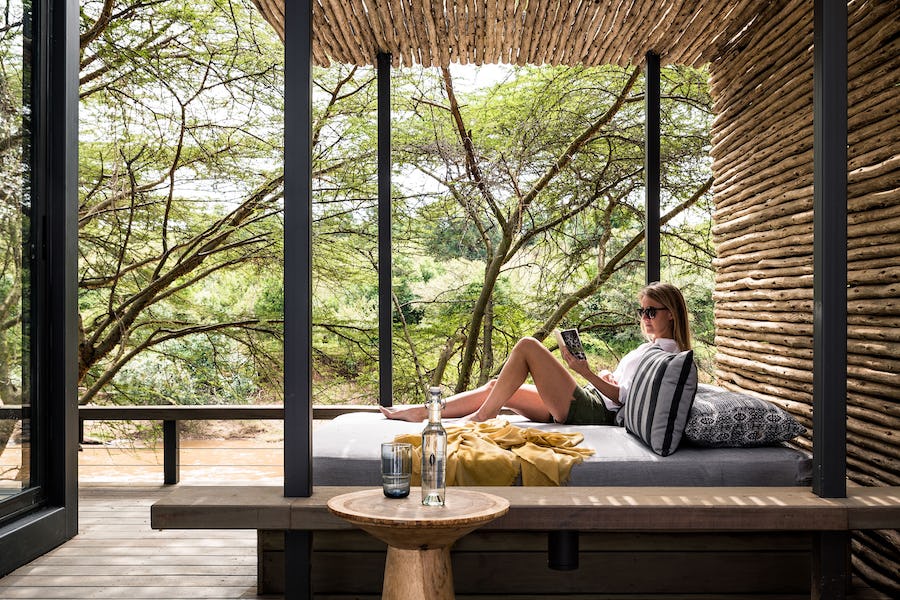 We’ve shared our favourite books about Africa and we’ve shown you the best beaches to park yourself with a novel, and now we’d like to inspire you with some of our favourite (and most anticipated) holiday reads for 2019. So if you’re looking for something to get stuck into whilst laying on the sand, when you’re travelling to a camp in a light aircraft, or even lazing by the pool between safari drives, read on. 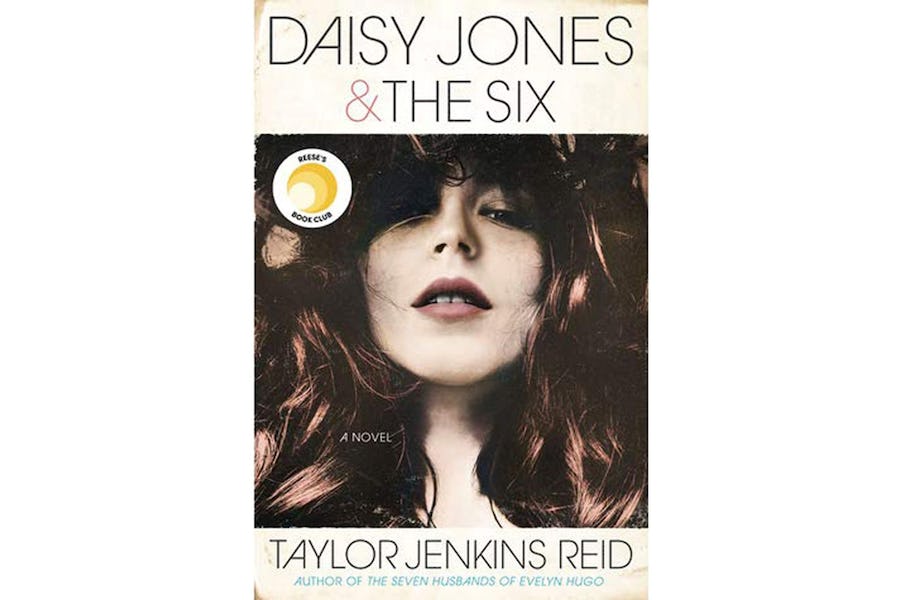 A perfect read for all you music buffs out there, Daisy Jones & the Six is the fictional story of a Rock’n’Roll band from the sixties. It covers their highs and lows, their rise to stratospheric fame and the dark side of the glitzy music industry. Whilst it’s fictional, it’ll have you guessing the whole way through, trying to work out the real-life characters the band might be based on. Still not convinced? Reese Witherspoon said ‘I fell head over heels for Daisy and devoured this in a day’. It’s even been picked up by Amazon for a series deal with Witherspoon producing so make sure you get ahead of everyone else and read it asap! 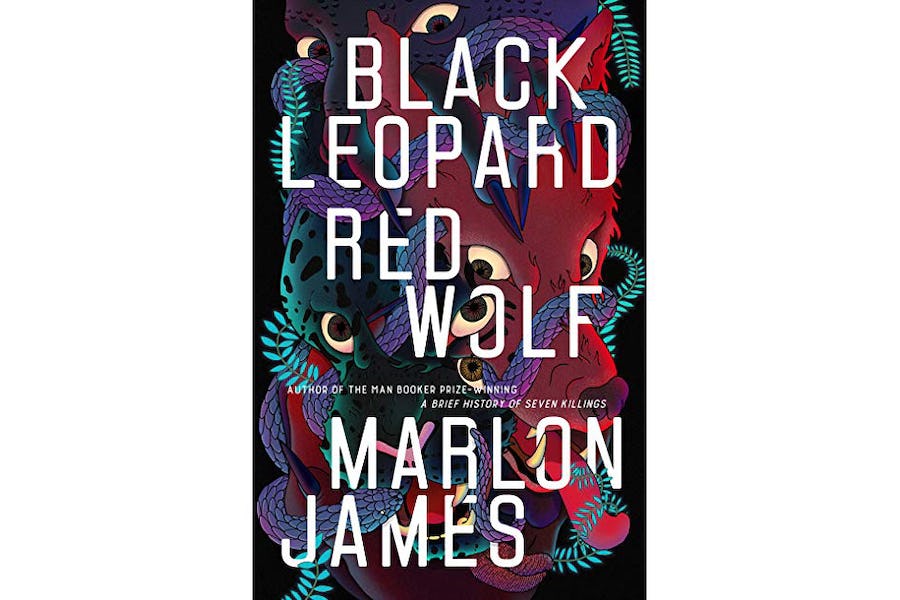 Marlon James has already proved his literary chops with his Man Booker Prize-winning A Brief History of Seven Killings (about the attempted assassination of Bob Marley) and this new novel already has critics excited. The first of a three part series, Black Leopard, Red Wolf is set in a fictional African world and has been described as a cross between Black Panther and Game of Thrones – a pretty strong start then! It follows the journey of Tracker, a hunter who joins a pack of mercenaries in search of a lost child. Based on African myth and folklore and woven together by James’ competent hands, this is one we can’t wait to get stuck into. 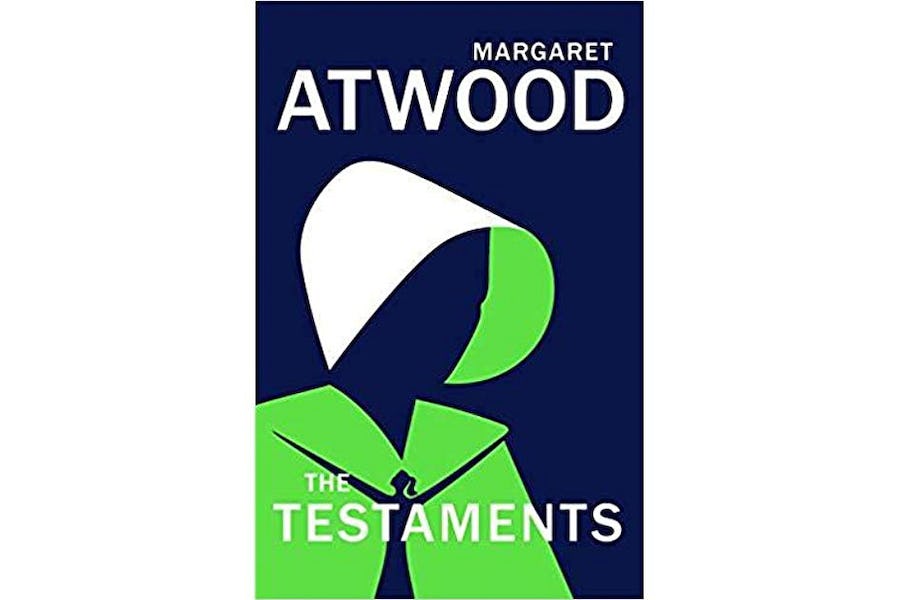 Margaret Atwood fans have no doubt already marked September in their diaries, as they countdown to the release of the long-awaited sequel to The Handmaid’s Tale, The Testaments. Atwood hasn’t given much away yet but we do know that the story picks up 15 years into the future as we learn the fate of the fictional Republic of Gilead. There’s still a few months to wait, so why not buff up on the first novel or perhaps even the hugely popular TV show of the same name in the meantime? 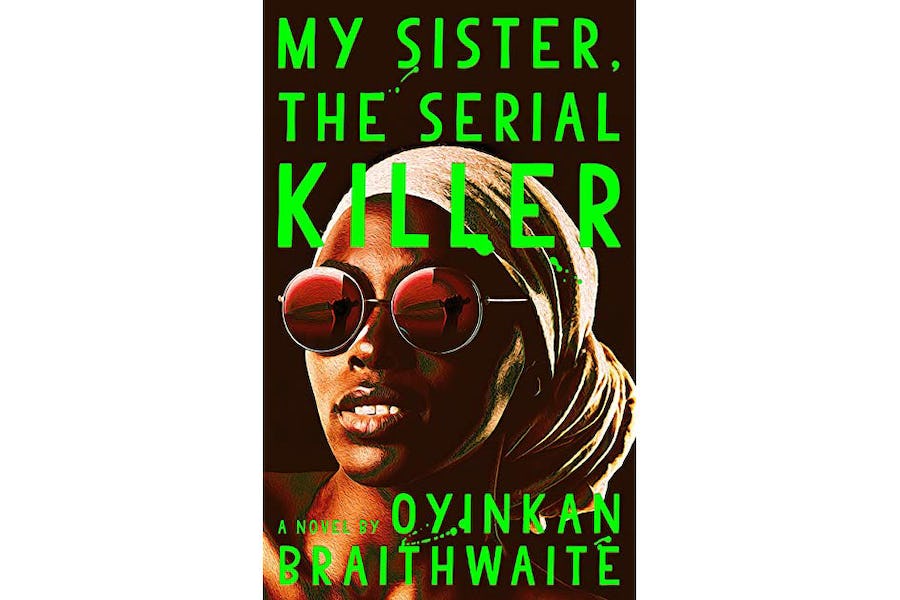 My Sister, The Serial Killer

A debut novel next, and one that was met with some serious acclaim. Set in Nigeria’s Lagos, My Sister, The Serial Killer is a tempting mix of wickedly dark humour and every day tragedy. The story focuses on a love triangle between straight-laced nurse Korede, a handsome doctor she works with and her sister Ayoola (who has developed an unfortunate penchant for killing her boyfriends). The tagline perfectly describes this darkly funny page-turner ‘blood is thicker – and more difficult to get out of the carpet – than water.’ 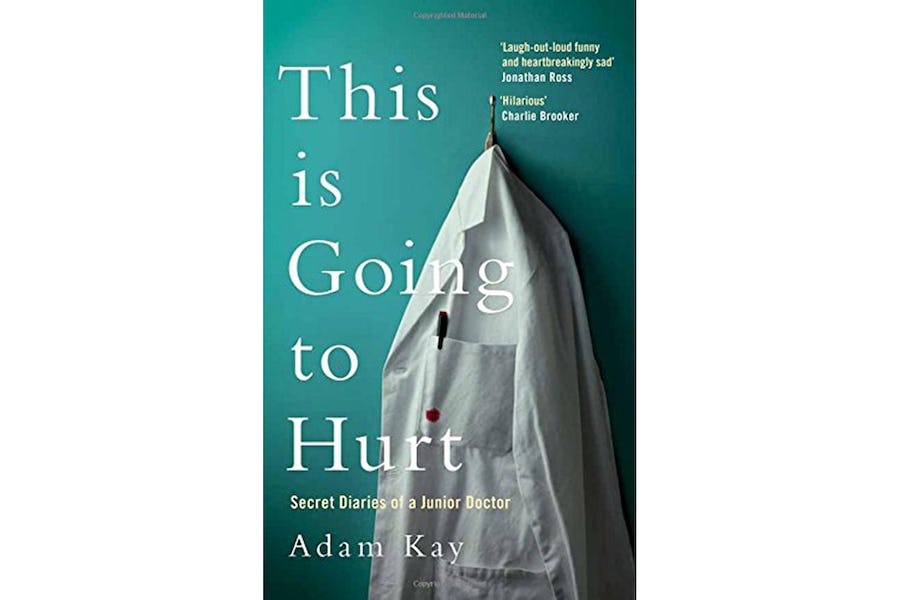 This is Going to Hurt

It might not be a new release, but when This is Going to Hurt came out in 2018 it was an overnight success and to this day, has sold over one million copies in the UK alone! If that doesn’t tell you it’s a good read… The memoir follows the trials and tribulations of ex-doctor Adam Kay as he cuts his teeth in the NHS. Wickedly funny and at times heartbreakingly sad, Kay spares no detail of his time as a junior doctor. You feel exhausted as you read about his 97-hour weeks, jubilant as he documents his successes and devastated at the losses he encounters. Kay himself has described it as ‘everything you wanted to know – and more than a few things you didn’t – about life on and off the hospital ward.’ 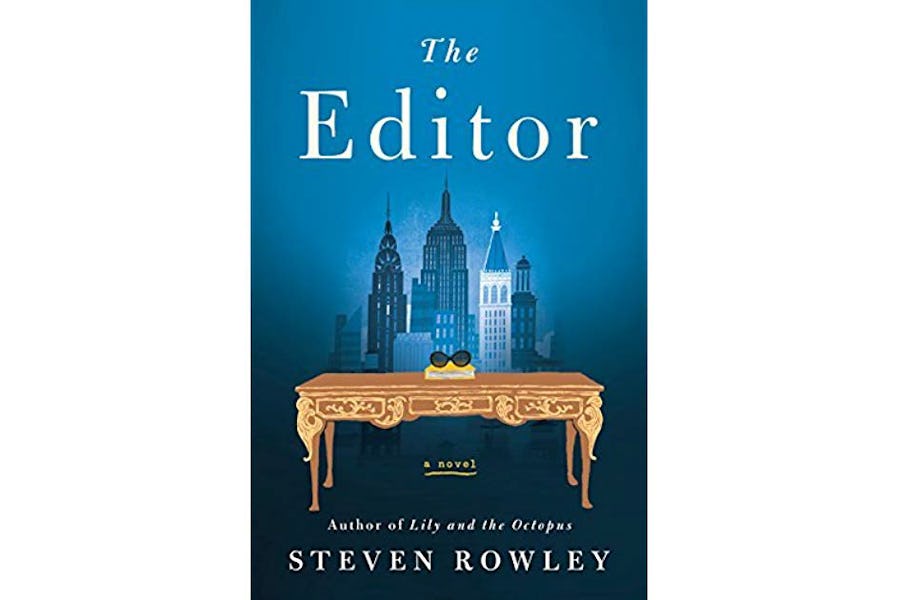 You might have read fictional stories of writers trying to make the big time, but have you ever read a tale of an author helped by a woman so famous you’d know her only by her first name and a letter? Jackie O. The Editor does exactly that as it weaves the tale of writer James Smale who has finally sold a manuscript to an editor at a major publishing house, only to discover she’s a certain ex First Lady… It’s a new take on the once Mrs Kennedy, focusing on her role as an editor and the unlikely friendship between her and an unknown author whose work she’s fallen in love with. 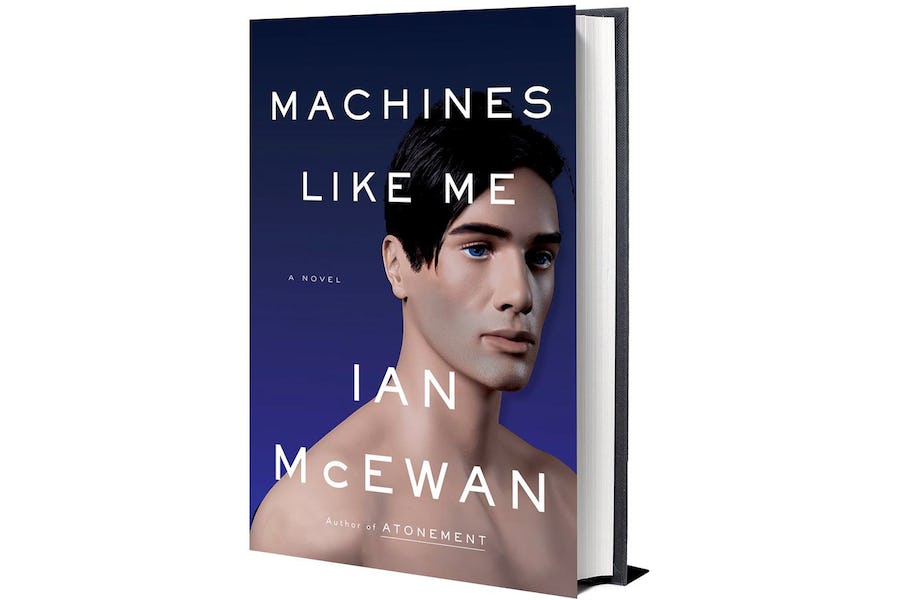 Atonement, On Chesil Beach, Nutshell… Our next author needs no introduction and Ian McEwan’s new book sounds just as gripping as his others. Machines Like Me takes us back to a reimagined 1980’s Britain – Argentina has won the Falklands War, Thatcher battles Tony Benn for power and Alan Turing (famous for breaking the Enigma Code) is still alive and has made a major break-through in the field of Artificial Intelligence. The novel follows a couple who have bought one of the first commercially available robots and uncovers how they develop his personality and the effect it ultimately has upon their relationship. It’s a provocative tale that seeks to make us question: what is it that makes us human? 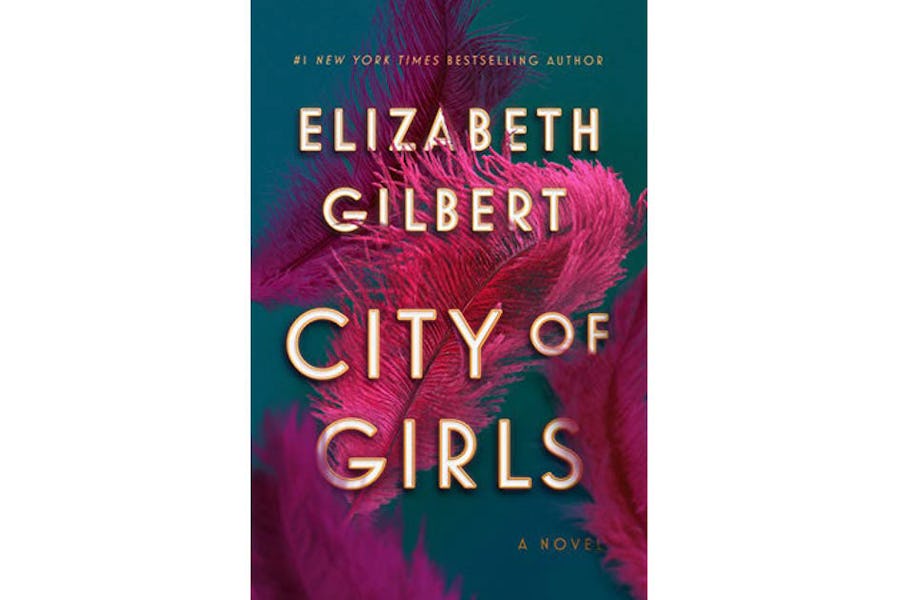 If you like your holiday reads heavy on romance and set in a glamorous past, City of Girls will be just the ticket. It might be written by Elizabeth Gilbert of Eat, Pray, Love fame, but it’s a world away from pizza eating in Italy and Indian yoga retreats. The novel is written from the perspective of a 95-year-old woman reminiscing on her heyday in the theatre world of 1940s New York (we said it was different!), looking back with a mixture of pleasure and regret. A heady combination of scandal, promiscuity and fun, this book promises to be unputdownable. 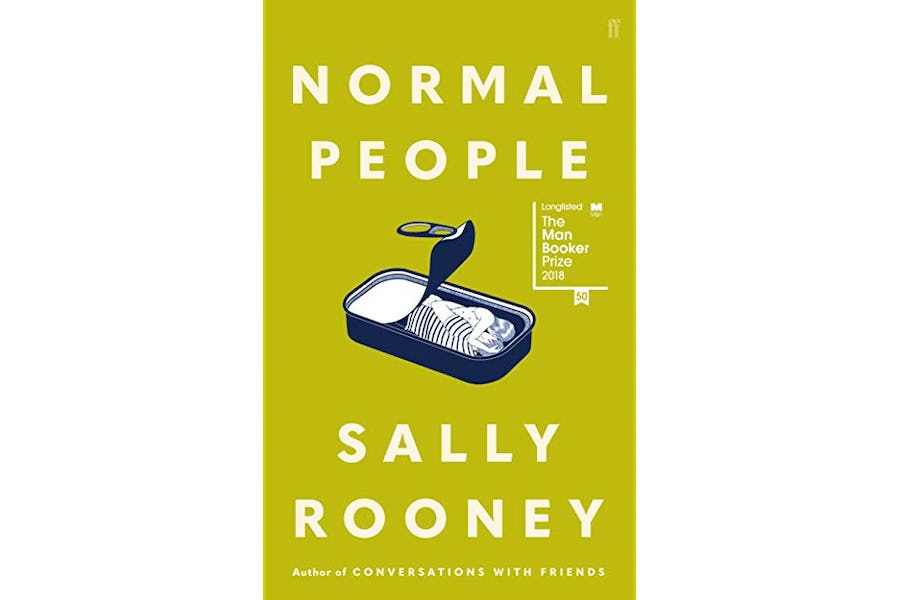 Another runaway hit from 2018 that we couldn’t bear to leave off our list. Hot on the feet of her 2017 debut, Conversations with Friends, Sally Rooney’s Normal People took the literary world by storm. Set in Ireland, it follows the relationship between Connell and Marianne, one the star of the school football team, the other a fiercely private bookworm. The novel explores the subtleties of class, the electricity of first love, and the complex entanglements of family and friendship. With themes that can strike a chord with almost anyone, it’s no wonder Normal People was an immediate hit. 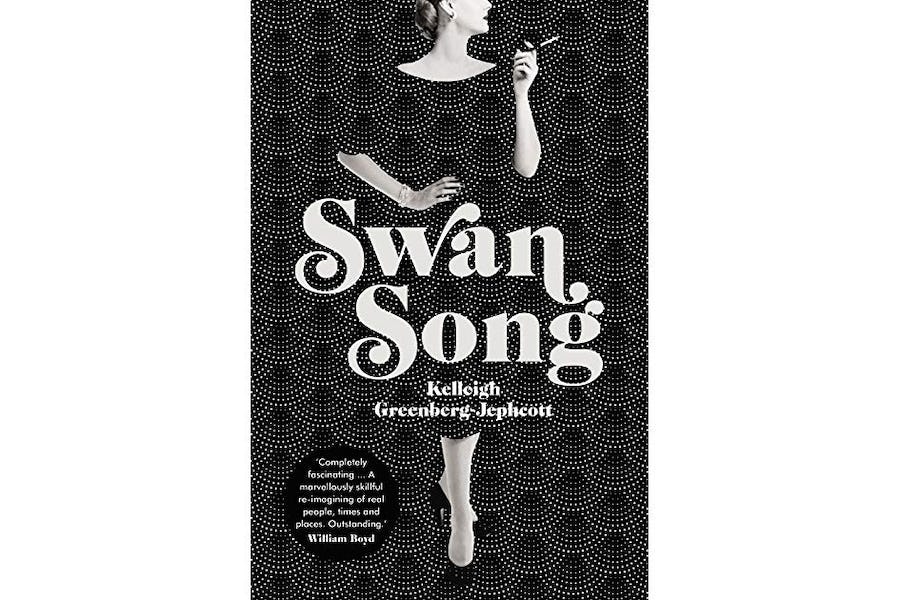 Another for those who can’t resist a novel packed with drama, scandal and glamour, Swan Song is a sweeping story that focuses on the social downfall (and the true tale) of acclaimed author, Truman Capote. In her debut title, Kelleigh Greenberg-Jephcott seamlessly flits through time, exploring Capote’s childhood, his fame, his rise to the echelons of 1950s and 1960s New York high society and his meteoric and self-inflicted fall. The characters and stories are real, although no doubt embellished, bringing a sense of history and glamour to this riveting tale.