Serengeti Safari Camps, where you see the Great Wildebeest Migration 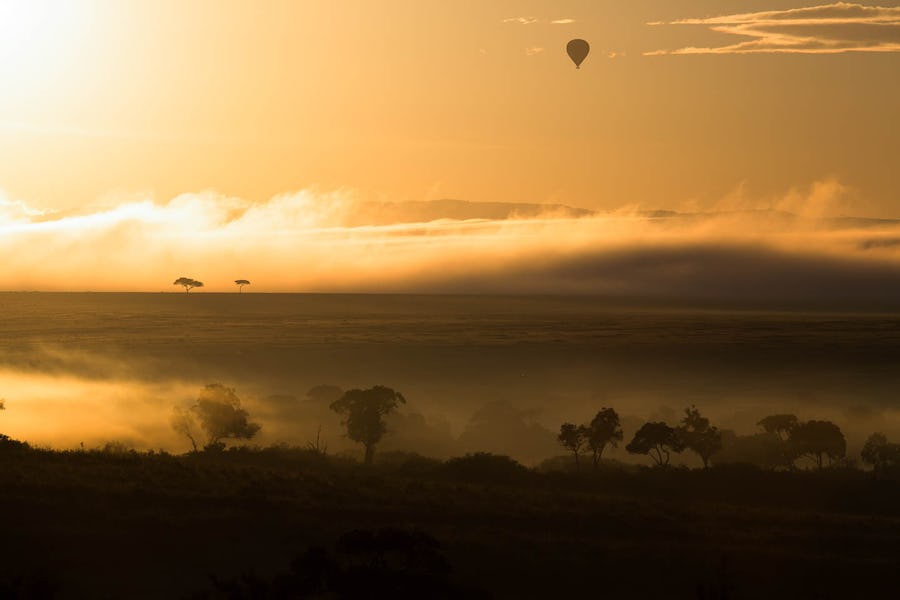 You’ve read up on the wildebeest, know what they like to eat and where they should be at any given time during the Great Wildebeest Migration. Then have a look at our list of amazing Serengeti safari camps.

From movable tents to permanent palaces, north vs. south, there’s something for everyone along the path of the wildebeest, at all times of the year. So whether you have a thing for gold bathtubs or go batty for an open-air bathroom, read on to find out exactly where you should be staying. From December to March, the twelve Moroccan-inspired tents of Lemala Ndutu and all their mod-cons are relocated to the northern section of the NCA for ringside seats to the wildebeest show. Game drives rumble straight through the munching throngs of beasties before heading back to camp for a steamy bucket shower and drinks at the fire. A movable masterpiece of spacious canvas tents filled with Persian rugs and enormous mirrors, Serian’s Serengeti Camp is open for six months only in the south to catch all the action of the birthing season. We say one of the best Serengeti safari camps. Expect exceptional service in camp and even better game drives with guides who know all the wildebeest-watching tricks in the book. The first of its kind in the mobile world, Serengeti Safari Camp is made up of 6 movable canvas tents but doesn’t forgo any kind of comfort. Head there in March, when it’s pitched either near Lake Ndutu or Lake Masek, to witness hundreds of thousands of baby wildebeest enter the world and begin their journey north on their first Great Wildebeest Migration…

With every one of the seven luxury tents dedicated to a different Maasai ceremony, you can expect a little bit of culture alongside your migration-spotting at Asanja. Strategically placed in the heart of the rocky Moru Kopjes, the wildebeest pass through in their masses from April onwards. Add that to the area’s high number of cats and you’ve got yourself some dramatic game-viewing… Located in the private Grumeti Reserve in the western Serengeti, these Serengeti safari camps take Afro-chic to the next level. Head out on a game drive to marvel at the columns of wildebeest or if you can’t bear to drag yourself away, buzz down the glass windows and listen to the grunts of the beasties in the distance. As the wildebeest ponder how they will cross the Grumeti River, check in to Ubuntu Camp and see how they fare. With three locations across the Serengeti, the guides at this friendly mobile camp have a sixth sense when it comes to finding the herds and positioning their vehicles in the best spots to see the Great Wildebeest Migration.

Ubuntu Migration Camp
Learn more
Design your own trip
Choose a destination, pick your lodges and we’ll do the rest
Design a trip Catch the first of the frenzied Great Wildebeest Migration river crossings from the sleek interiors of Lamai Camp in the northern Serengeti. Based permanently in the north, the plains come alive from June to September as the wildebeest arrive in their hordes. Forgo a game drive and linger in the swimming pool for a chilled-out take on the migration.

Thought camping was all about leaky canvas and cold showers? Not at Olakira. Nine oh-so-modern tents migrate up and down the Serengeti, following in the footsteps of the Great Wildebeest Migration, but it’s the site in the northern Serengeti, literally moments away from the Mara River that gets our vote, where you can watch the beasties rumble across the river straight from the breakfast table. Occupying possibly the most enviable location in the Mara on the confluence of the Sand and Keekorok Rivers, permanent Sala’s Camp is a top spot for spectacular sightings of the herds plunging across the rivers. In one of their Serengeti safari camps, relax in a heavenly bath in your serene canvas haven and doze off to the sounds of the grunting beasties. A Masai Mara favourite, the plains around tented Governor’s Camp come alive with the sound of the Great Wildebeest Migration at this time of year. Let one of the fabulous guides take you straight into the heart of the herds (they really do know their stuff here) and all that’s left for you to worry about is which setting to have your camera on. Another usual suspect in our list of Serengeti safari camps. There’s a certain unpredictability surrounding the migration at this time of year (those pesky rains) but if you don’t catch the herds at Namiri Plains, fear not! This part of the eastern Serengeti is famous for its big cats so if the beasts elude you, there’s plenty to point your camera at. And even better, stylish Namiri Plains is the only camp in the area.

&Beyond Serengeti Under Canvas, southern Serengeti

A bit of luxury to end the year: Serengeti Under Canvas might be a mobile camp, but you wouldn’t know it. Game drive amongst the herds as they arrive home to the southern Serengeti plains from their Great Wildebeest Migration by day and sip cocktails from crystal glasses and munch on three-course gourmet feasts by night.

Serengeti Under Canvas
Learn more
Not sure where to go?
Answer a few simple questions to get instant trip recommendations
Start the wizard 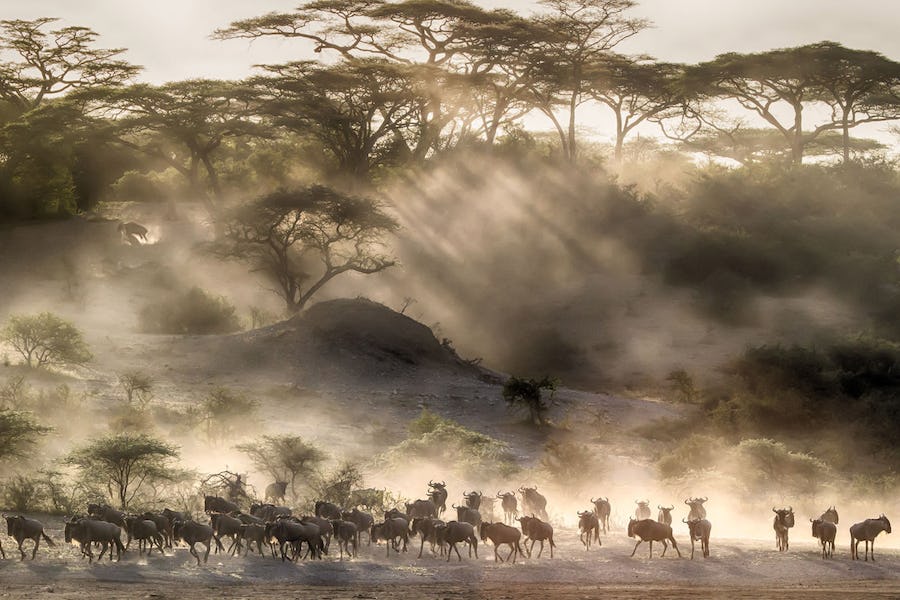 Quite simply the greatest wildlife show on earth
Top 10s

The True Story of the Great Wildebeest Migration 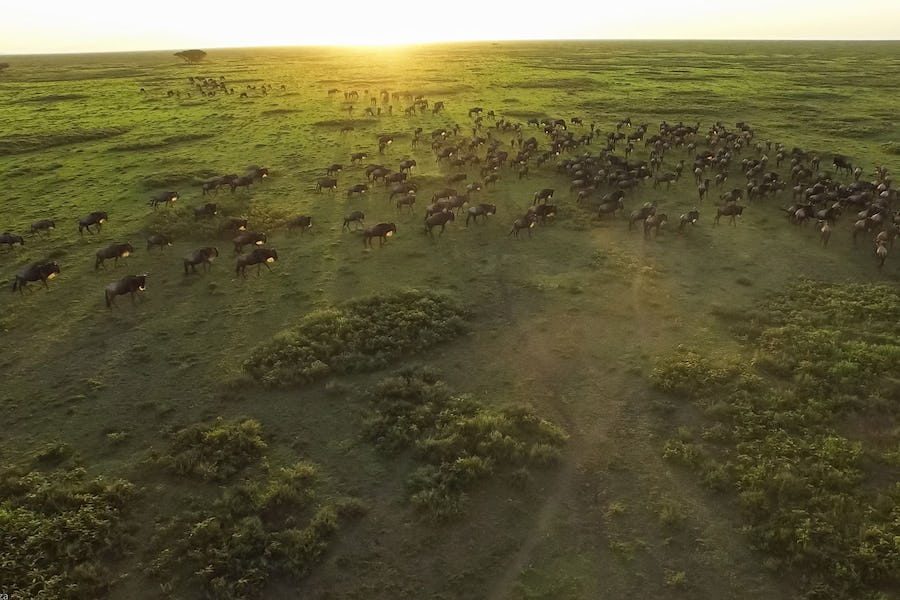 The True Story of the Great Wildebeest Migration

What makes a million wildebeest get up and move?
Top 10s

Take to the saddle for a wild encounter
Top 10s

Where safari is a way of life
Top 10s 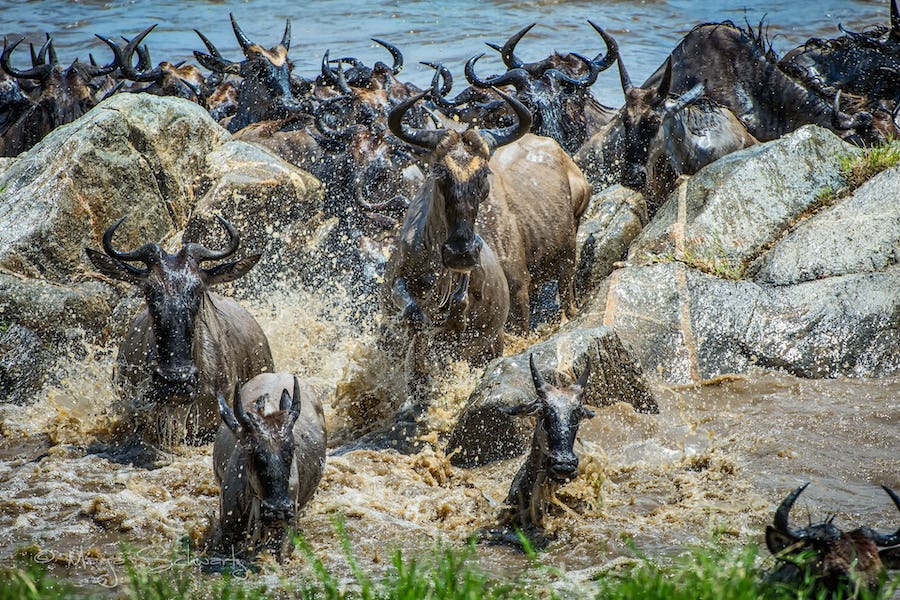 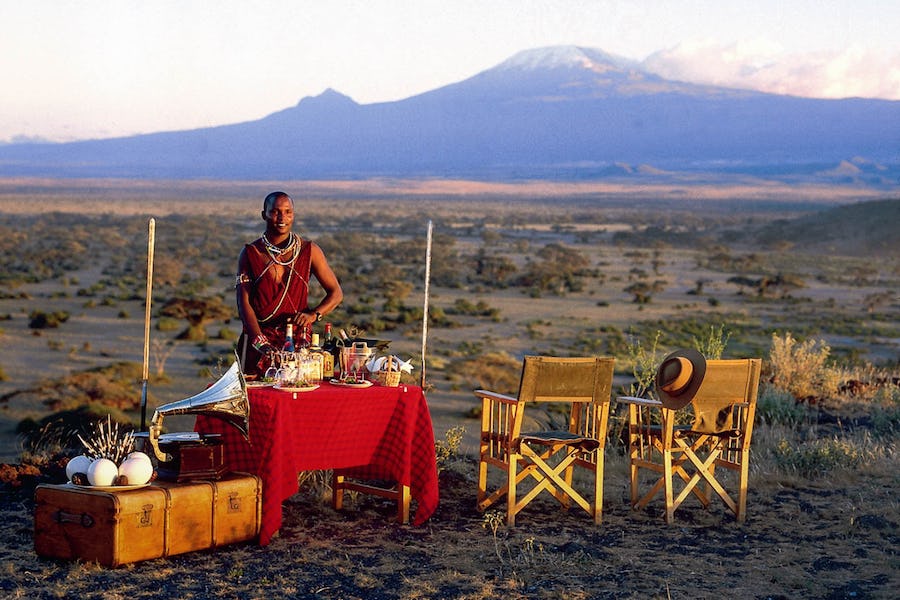 Swap the snow for the sand!
Safari 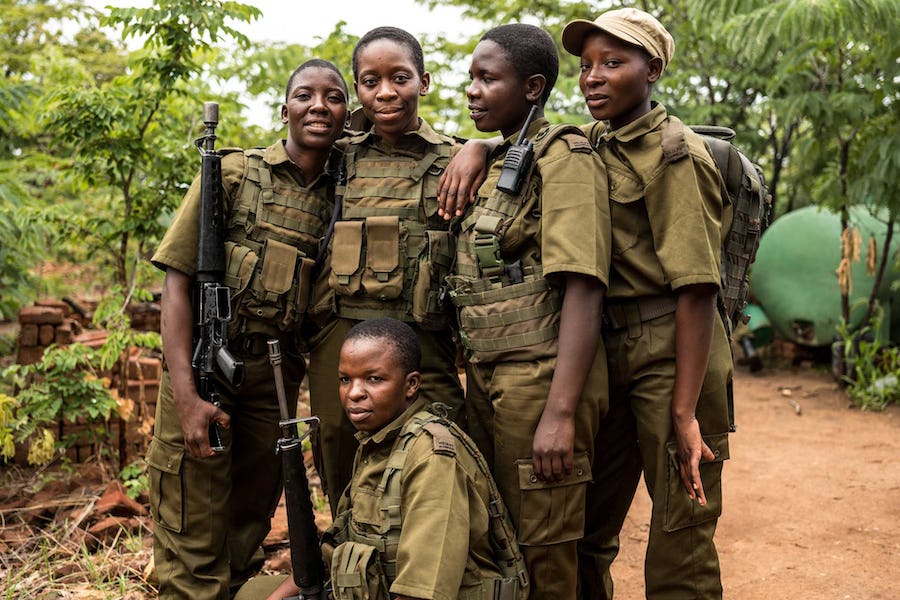