We understand the need for some much-needed sun on your face when on holiday – after all, there’s not much of it in the northern hemisphere! So we’ve  put this handy month-by-month guide together to help you plan the very best time to go to Tanzania to make the most of both the weather and the wildlife.

Starting at the beginning, the first two months of the year are known as the ‘short dry season’ in Tanzania and days are characterised by blue skies and sunshine. Away from Christmas and New Year, it’s a lovely time to visit and can be considerably quieter than the main dry season months (more about that later!). Highlights include the calving season in the southern Serengeti and having the magnificent Ngorongoro Crater (almost) all to yourself. 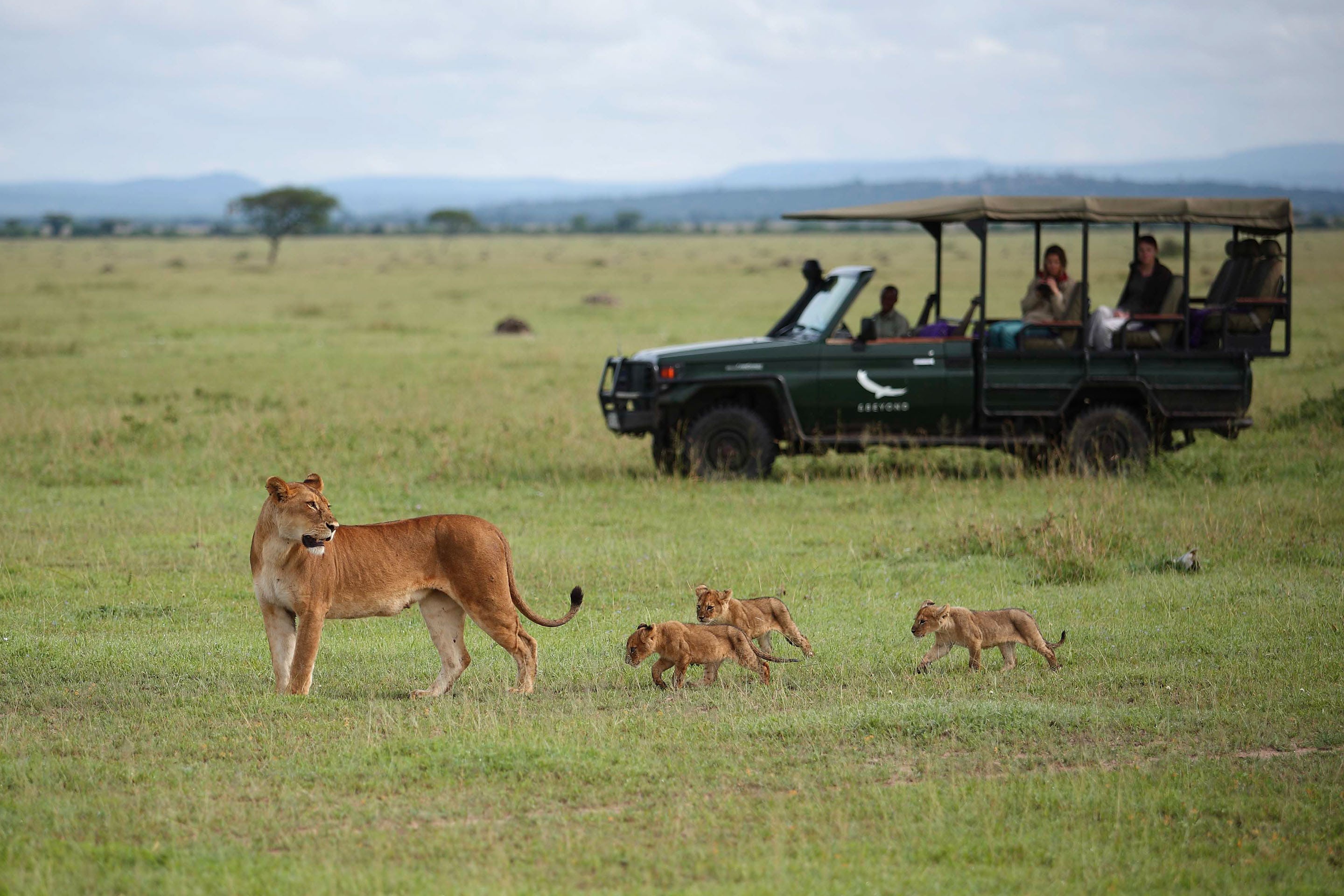 The rains in Tanzania begin in earnest in March and continue for most of April and May. These are the ‘long rains’ and the real ‘Green Season’, during which the parks are transformed into luscious, emerald playgrounds. Take, for example, the northern Serengeti; when the wildebeest leave, they take the tourists with them – and it’s utterly magical! Just because there’s no wildebeest, don’t be fooled into thinking that there’s nothing left to see. Big cats roam through the tall grass, rhino forage on the banks of the flowing river and gazelle skitter across the plains…. And it’s all yours.

If we’ve managed to persuade you that the green season is worth a visit, bear one thing in mind first: a lot of camps will close, particularly in the south of the country. Many do stay open however and if you need another reason to go at this time of year, there are some fantastic deals on price to be had. Excellent.

Serengeti
Learn more
Design your own trip
Choose a destination, pick your lodges and we’ll do the rest
Design a trip 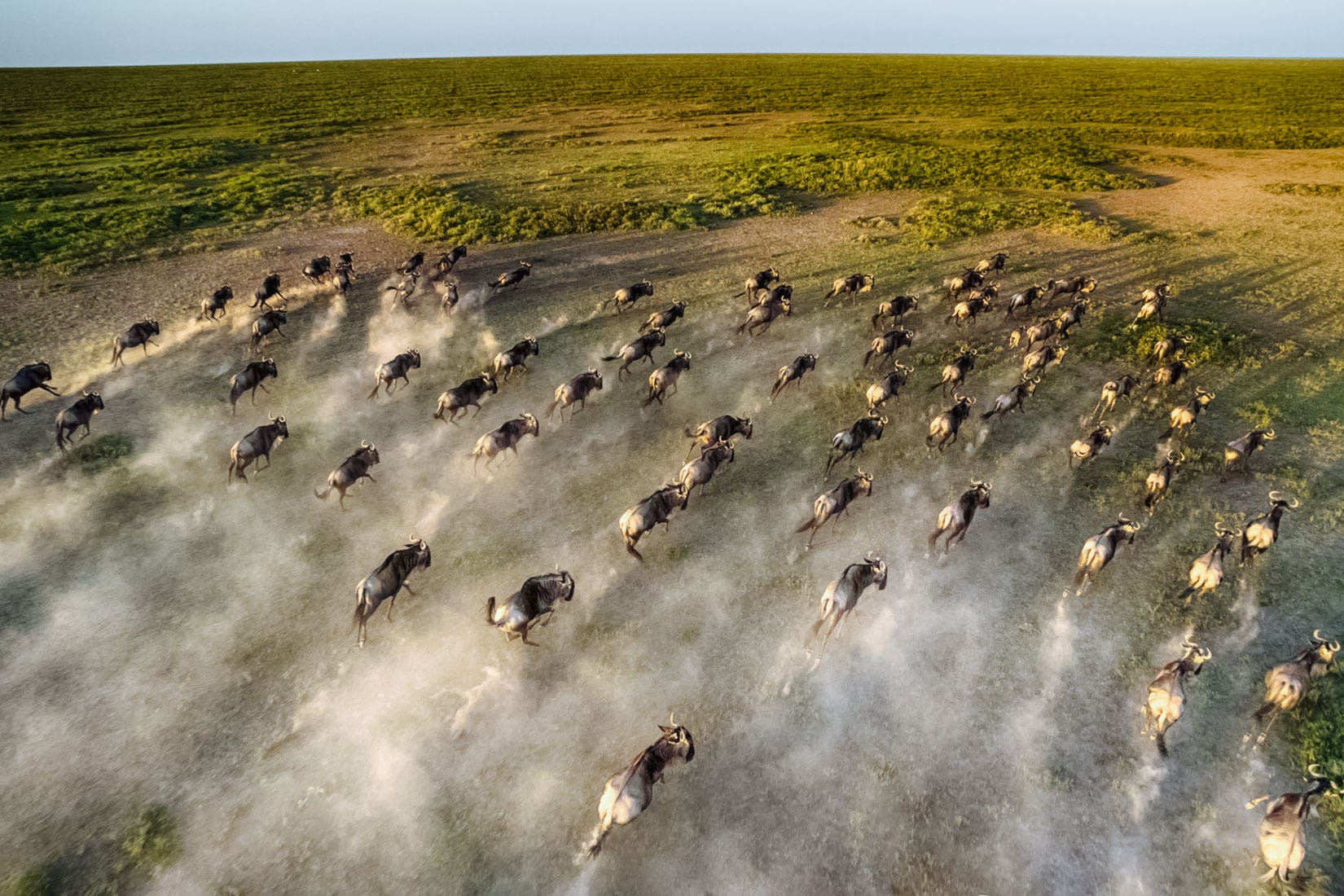 This right here is Tanzania’s peak season. Generally, no matter where you are in the country, you’ll have warm, dry days, cool evenings and very, very little chance of rainfall – textbook conditions for game drives and walking safaris.

As the season continues, the landscape becomes drier and wildlife starts to congregate around the limited water sources. This can make for spectacular game viewing of mega-herds of animals as they seek out the last few droplets, but be prepared for some guts and gore too – undernourished herbivores become easy prey for the predators. This is the prime time of year to view the Great Wildebeest Migration in the Serengeti, but October in Ruaha can be a real treat too.

By June, most of the herds of the Great Migration in the Serengeti are making their way towards to the northern plains, ready for the frenzied dash across the Mara River and into the jaws of the waiting crocodiles. Spectacular of course, but the area can also get very busy. For more information on the different times and months to see the Great Migration, have a look at our month by month guide here.

But what about the Tanzanian coastline and the islands of Zanzibar, Mafia and Pemba? Luckily the weather at the coast follows a similar pattern to that of the mainland so combining the two really is that easy. For the best hammock-lounging, cocktail-sipping conditions, June through to October brings hot, dry days and a whole lot of sunshine. 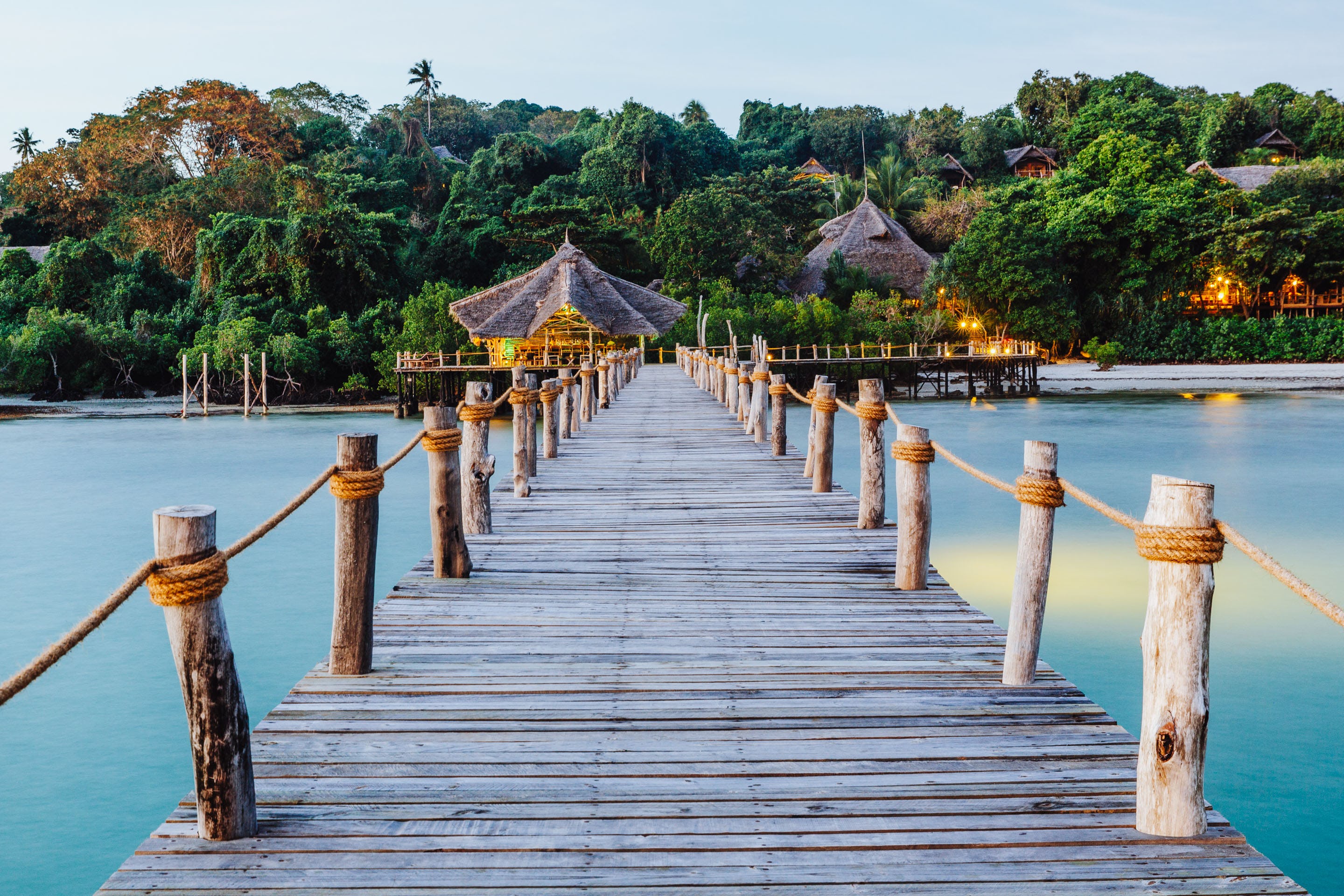 These months bring the ‘short rains’ in Tanzania, a welcome relief for the parched ground and those poor herbivores. This is still a fantastic time to travel, with the short rain showers rarely getting in the way of game viewing but be prepared to don a pair of wellies and a raincoat at times. Look out for the start of the ‘Shoulder Season’ deals in some camps and save a few pennies (but not around Christmas and New Year, when everyone is looking for some sunshine).

There’s a chance of rain in November and December (but remember the good deals!) before the sun returns in January. Until the end of March, humidity gradually builds and the long rains finally start in April and May. But before you get excited about a tropical thunderstorm or two (and a really good deal), double check with lodges if they are open – many of them close for most of April and May, particularly at the coast and on the islands.