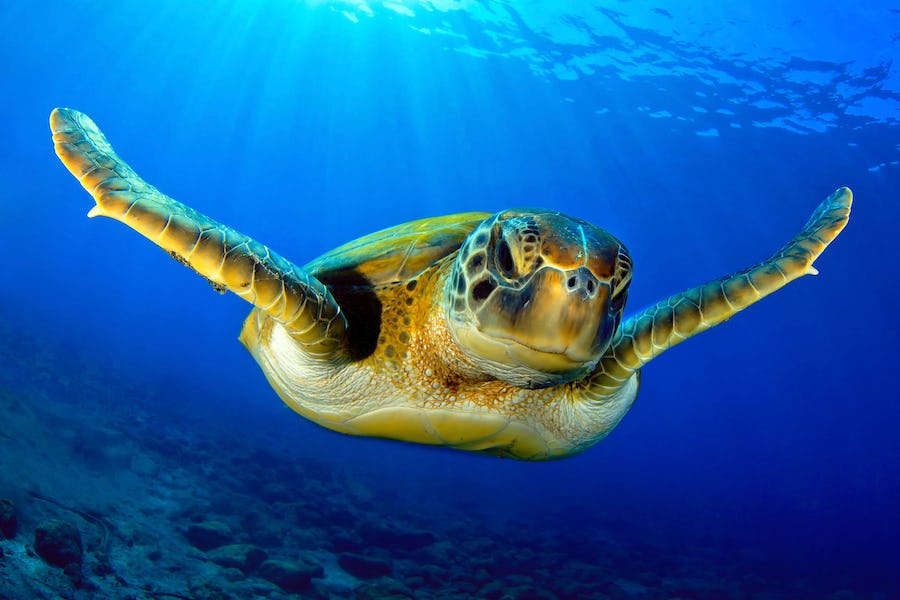 When one thinks of a safari in Africa, the imagination conjures beautiful visions of the open plains of East Africa, the tropical forests of Congo Basin, and the wide savannahs of Kruger, filled with lion, leopard and lumbering elephant.

As magnificent as these land-based areas are, the water babies out there will be glad to know that Africa is more than just a patchwork of terrestrial wonders. It is also surrounded by stunning marine environments, from the warm Swahili coast of East Africa, with its magical reefs and white sand beaches, to the sharky-blue of KwaZulu Natal in South Africa, and the cold kelp forests of Cape Town.

So, for those in search of a top-notch marine safari, here are some of the best diving spots in Africa for you to explore. 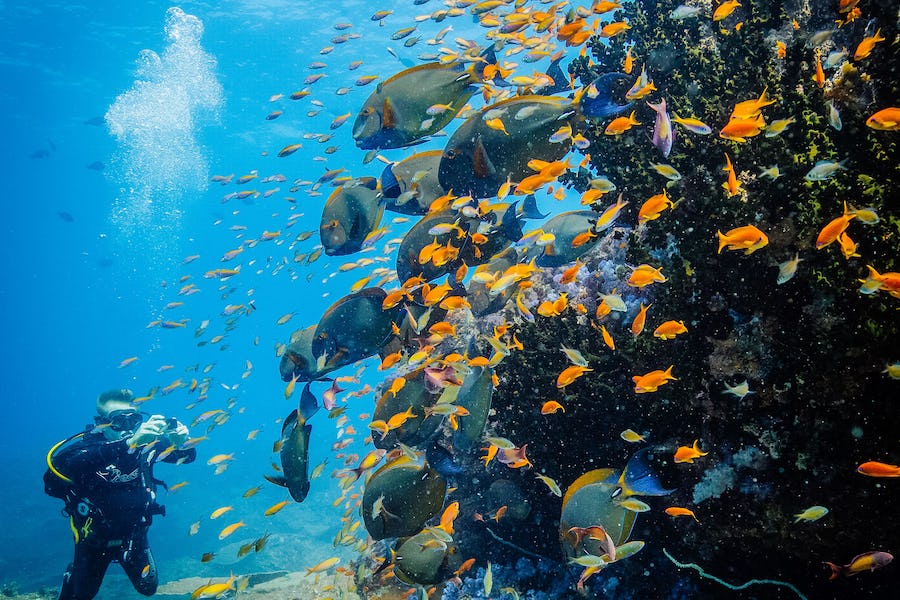 Benguerra Island is one of the more accessible dive sites on the East Coast of Africa. Positioned quite close to the reefs, access to this dive site in Mozambique is quick and easy. With a variety of coral and fish, divers here can also enjoy some of the larger species of humpback whales, manta rays, whale sharks, hawksbill and green turtles, stingrays, reef sharks, grouper, clown fish, parrot fish, and puffers.

Complete your dive of a lifetime with a few nights in the utter luxury of Azura Benguerra Lodge or &Beyond Benguerra Island Lodge.

The icy waters of Cape Town are one of Africa’s best kept diving secrets. Fed by the nutrient rich waters of the Indian and Atlantic currents, the magical golden kelp forests that fringe the shore burst with life. A favourite haunt for many species of shark, the forests also host octopus, large schools of fish, rays, and millions of other smaller, colourful creatures from starfish to corals, and urchins to nudibranchs. One needs to have good equipment for these dives as the temperature can plunge as low as 9-degrees on the Atlantic side. But if you are willing to acclimatise to the cold, the rush of a dive here is certainly worth it.

Everyone loves Cape Town! Start planning your dive holiday to the city here. Some of our favourite lodges to add to your trip include Sea Five Boutique Hotel in Camps Bay, and Welgelegen in the city centre. 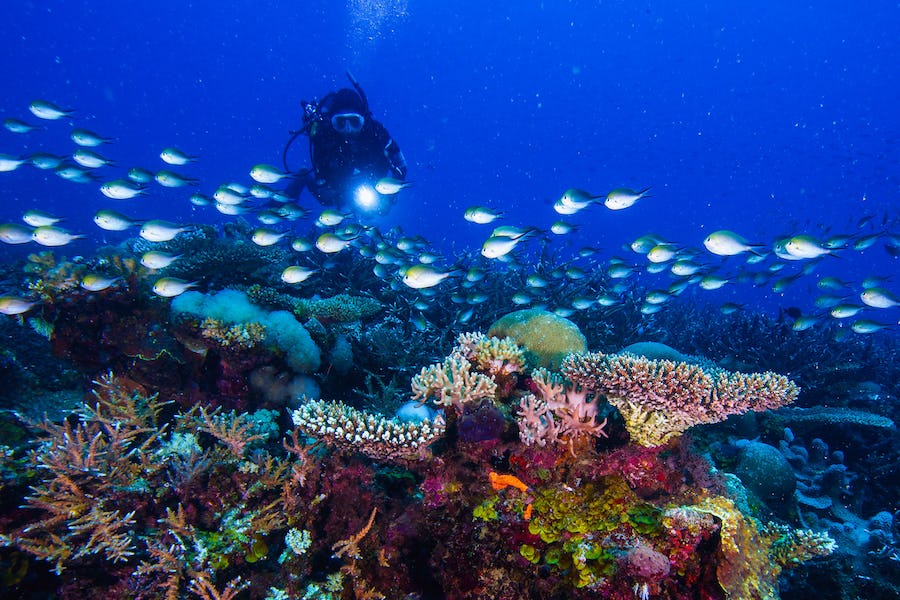 With a name like that, who could resist a dive here?! This dive site features a dramatic drop off that barrels down into caverns and overhangs that stretch almost 70 to 100 feet. Suffice to say, it’s a little unnerving for beginners! The reef is also filled with animals, and divers can keep an eye out for grouper, humphead wrasse, snappers, unicorn fish, and reef sharks too. A dive here will be surrounded with small caves and gorgonian fans that make the whole experience seem like a dream in another universe.

Tiny Medjumbe Island is a mere one-kilometre long and only 300-metres wide. The only lodge on the island is the beautiful Anantara Medjumbe Island Resort – go on, check it out! 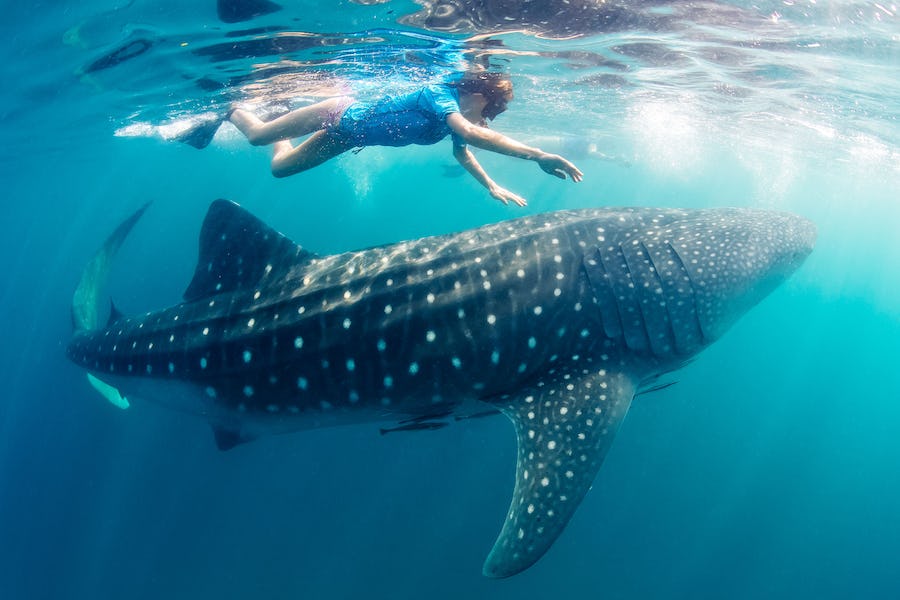 Diving with a whale shark is one of those underwater experiences akin to seeing an elephant lumbering across the plains for the first time. And there’s no better place in Africa to see the great animals of the deep than Rufiji Marine Reserve surrounding Mafia Island. The ancient creatures swim through the area between November and February, gracing all who see them with their lazy and relaxed nature. If you happen to miss the whale sharks, there are also opportunities to spot rare and endangered manatee, as well as leatherback and green turtles that use the island as a breeding ground. The colourful seabed of coral is full of clownfish, octopus and manta rays, and further out in the open sea you can even spot dolphins. If the circle of ‘dive-eat-sleep-repeat’ eventually bores you, hire a dhow, and chill-out under the evening sun as you drift across the waves.

Take a closer look at what else Mafia Island has to offer, and start designing your dream diving expedition right here.

5. The ‘Sardine Run’ at Protea Banks

If you can plan to visit South Africa in June or July and are keen on a serious dose of ocean adventuring, then you simply must intercept the magnificent ‘Sardine Run’. During this time, the sardines migrate east along the coastline from the cold waters of Cape Town, to the warmer climes of KwaZulu Natal, followed by a dramatic entourage of large marine life that feast on the moving buffet. One of the best places to experience this wonder of the natural world is Protea Banks, 160 kilometres south of Durban. Protea Banks is a fossilised sand dune from which a dive as shallow as five metres will immerse you in all the ‘Sardine Run’ action.

Add the sardine migration to your diving experiences with a trip to KwaZulu Natal. 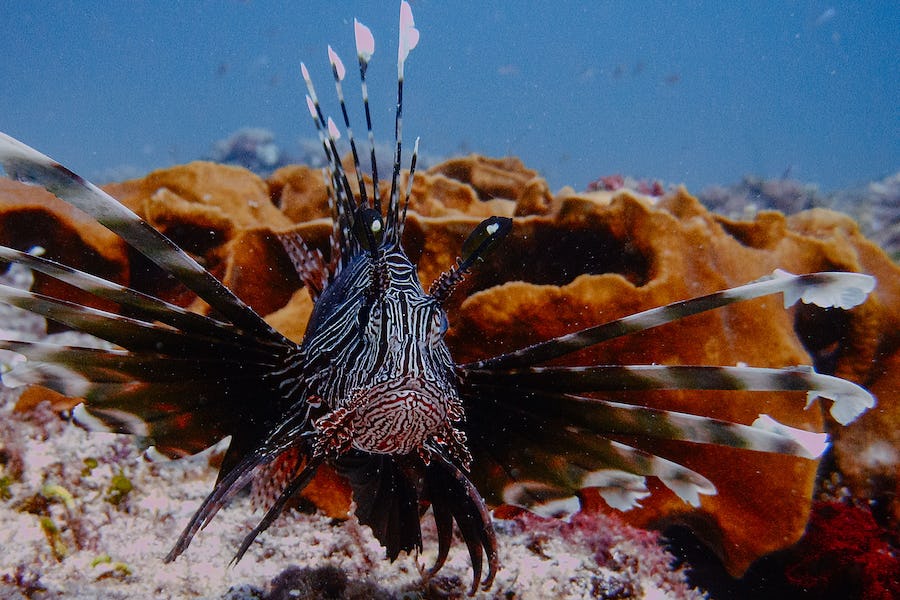 One of the most exclusive and magical islands in the Zanzibar Archipelago, Mnemba, also happens to enjoy some of the best diving conditions in Africa. Stunning coral reefs surround the island, and the whole atol is a Marine Conservation area, with a colourful coral ecosystem that supports dolphins and turtles. The whole area is comprised of specific habitats which house nesting grounds for turtles, humpback whales, dolphins, resident and migratory birds, and around 600 species of coral-based fish. After a day’s diving, relaxing on the beach and sipping cocktails comes highly recommended too.

Stay at &Beyond Mnemba Island, the only lodge on the exclusive island, or save some pennies and try Matemwe Lodge; it’s adjacent to Mnemba Island, and you’ll head to the dive sites by boat every morning. 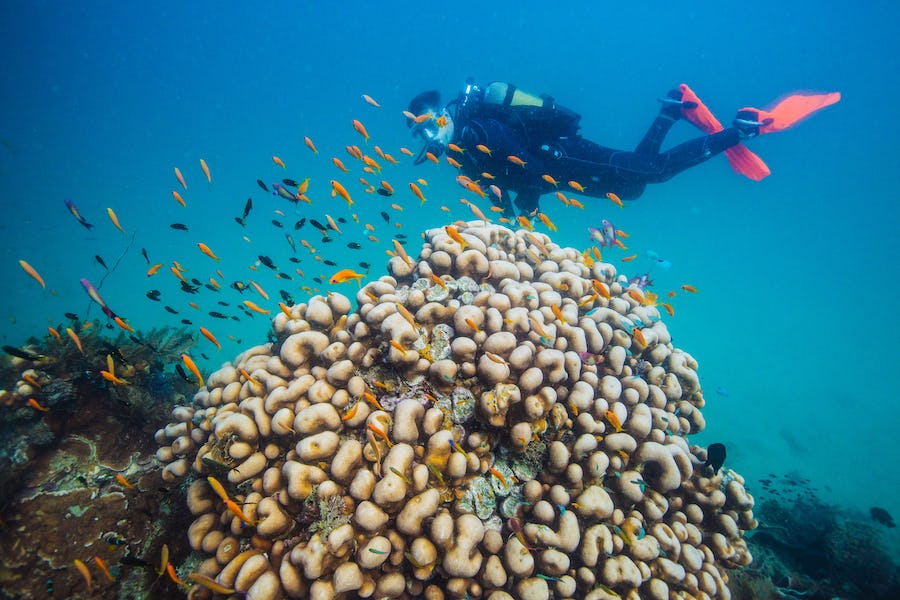 In the middle of the magnificent Quirimbas Archipelago in northern Mozambique, Quilalea is a remote but spectacular destination with pristine, untouched reefs full of coral and teeming with fish. One of the best things about diving off Quilalea is that you can walk straight off the beach and dive down into the House Reef. But there are also many other sites to choose from, including a unique night dive location, to Montepuez Channel and Saint Lazarus Bank. There are at least 17 dive sites in the area, and if you have had enough time underwater, this tiny island with just 10 chalets is nothing short of paradise.

Azura Quilalela is THE place to stay in the Quirimbas Archipelago – and you’ll be right in the heart of the dive action. Check it out and add it to your Mozambique itinerary to get your trip off to a flying start!

Aliwal Shoal is not just one of Africa’s best dive sites; the famous shark haunt is recognised as one of the top ten dive sites in the entire world! The ancient sandstone reef is just north of Durban in Kwa-Zulu Natal, and falls within a Marine Protected Area. There are dive sites to suit all levels, and sightings include ragged-tooth sharks, tigers and hammerheads. And if the thrill of diving with sharks within their natural environment isn’t enough, there are also a couple of fascinating wreck dives to explore.

Start designing your trip to Kwa-Zulu Natal here, and let us know if you’d like some help choosing lodges that are close to Aliwal Shoal – we’re always happy to help.