Our guide to the best lodges in Botswana - Timbuktu 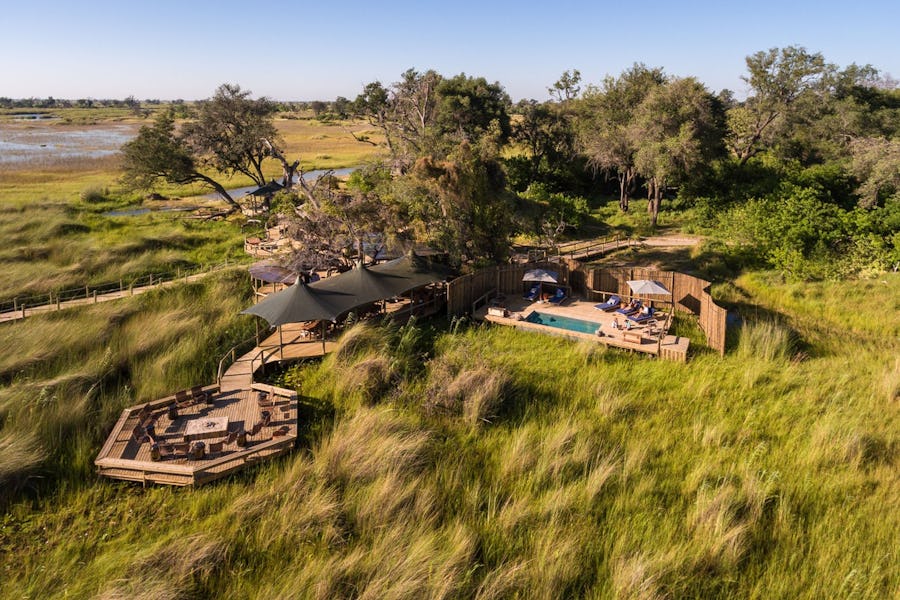 Botswana is arguably one of the continent’s best all-round destinations. Its extreme wildernesses, from the vast, arid sands of the Kalahari to the juicy, game-filled plains of the Okavango Delta, offer everything from big game experiences to mind-boggling landscapes and fabulous arrays of activities. It’s also home to some of Africa’s finest camps, from desert hideouts to all-singing, all-dancing safari lodges. Here, we’ve whittled them down to 10 of our very favourites and come up with our pick of the best lodges in Botswana… 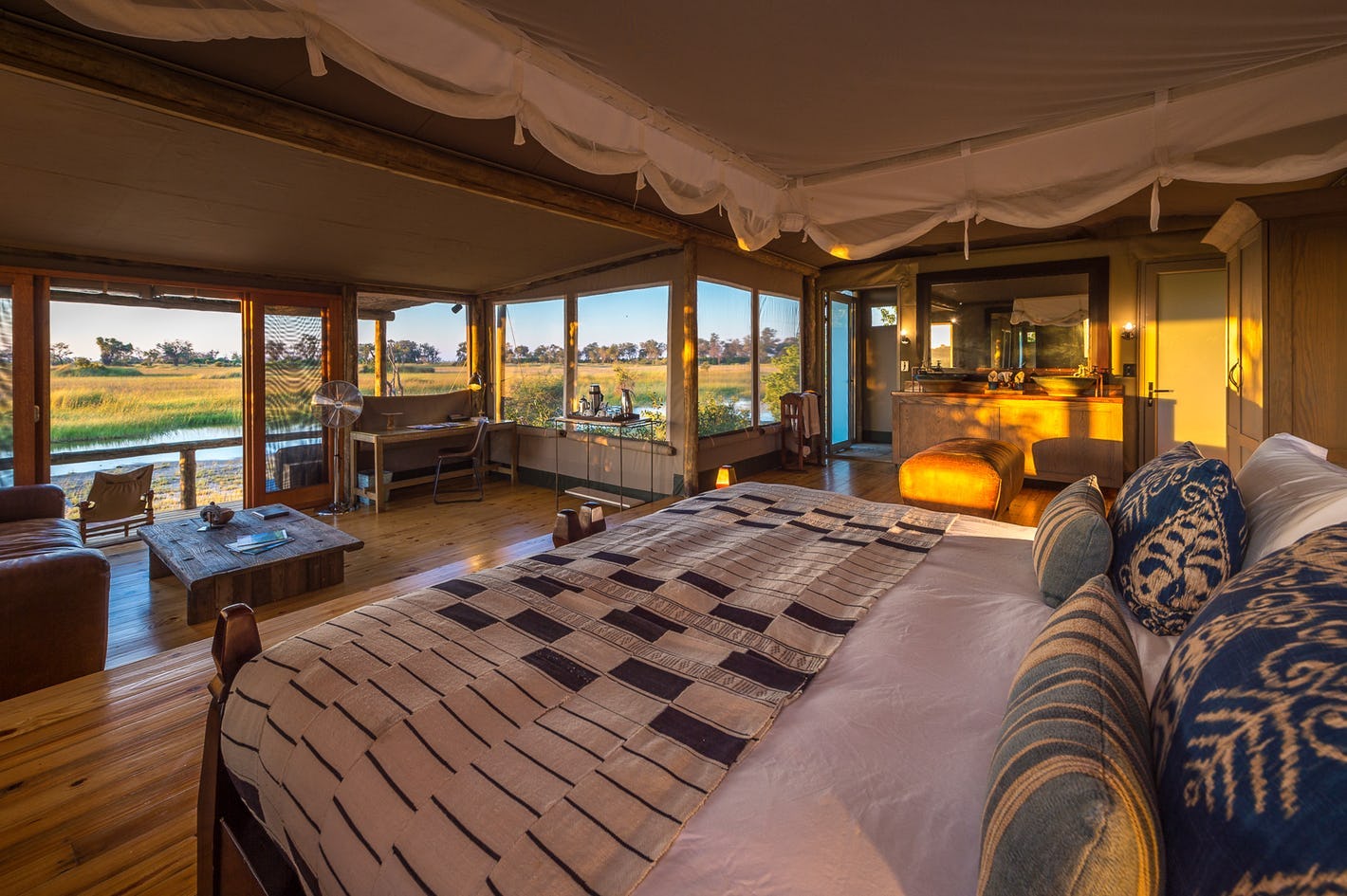 Most of the Okavango Delta is jam-packed with animals, but if we had to choose a favourite part, it would be right up in the far northern reaches. Enter Little Vumbura, a stunning tented camp located in a private reserve in this very spot and undoubtedly one of the best lodges in Botswana. Up here, pristine tracts of woodland and open plains are criss-crossed by a network of deep, clear channels, swimming lions clash with buffalo, and the plains game is plentiful. Activities take advantage of the land and the water, and 4×4 drives, walking excursions, mokoro safaris and boat trips all get you closer than ever to the wildlife. It’s not just the ‘outside’ that will take your breath away either; back at camp, expect a beautiful main area, views, al-fresco dining, and six bedroom tents, each perfectly stylish and with just the right amount of wild to remind you where you are. 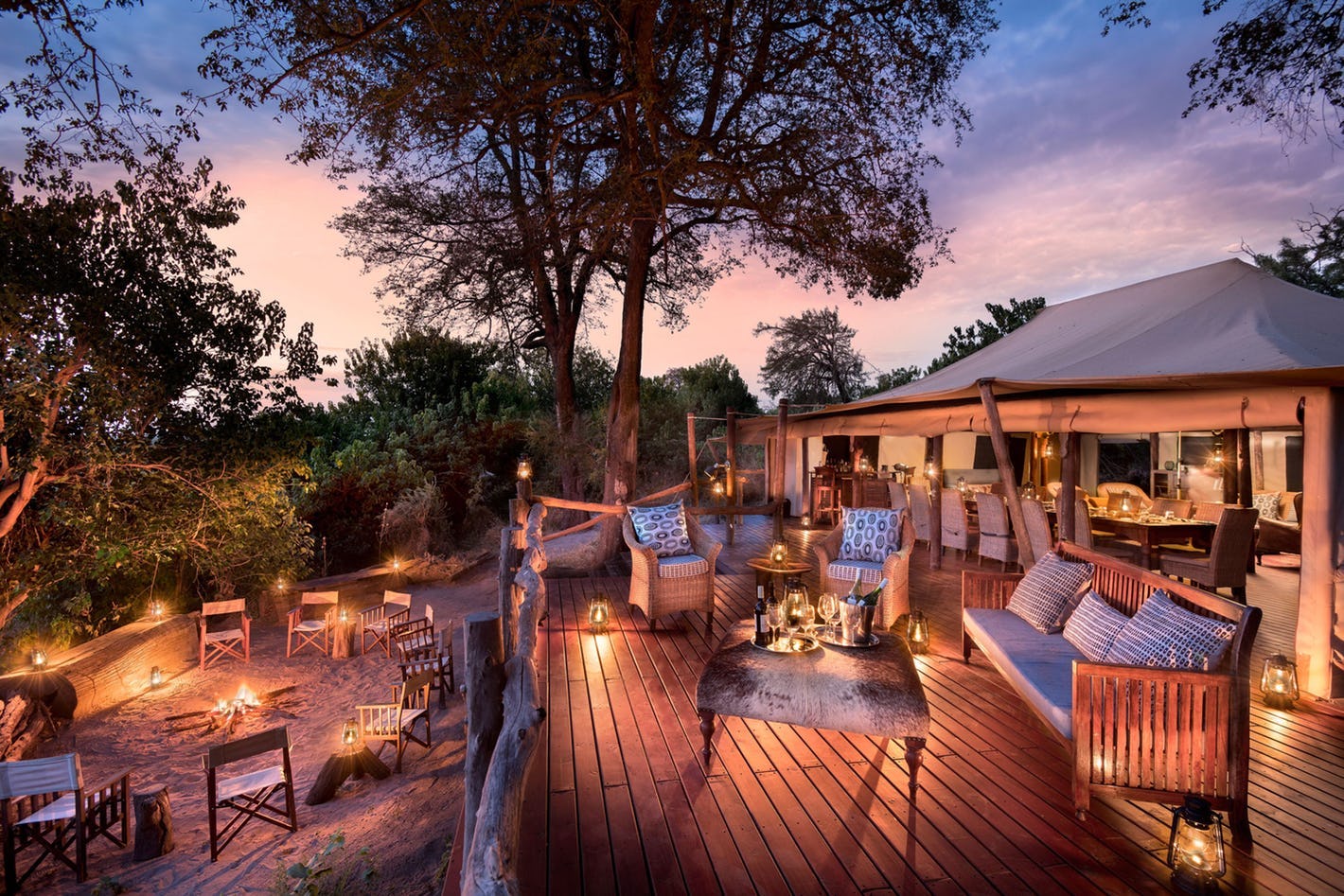 We like a stylish, uber-comfortable safari camp as much as anyone (and there’s certainly a host of them on our best lodges in Bostwana list), but often it’s the activities that really seal the deal. At Linyanti Bush Camp, what you do is determined by the freedom of being in a private concession. As well as the usual suspects – safari drives, explorations on foot and both boat and mokoro safaris – you can head out on night drives for a glimpse into the magic of the nocturnal world or even take a helicopter flight and swoop over the animal-dotted plains and marshes below. Add to that the guides who are truly lovely, incredibly knowledgeable and infectiously enthusiastic, and you won’t be able to resist any opportunity to explore. Helpfully, however, the camp is also rather charming if you do fancy an afternoon with your feet up… 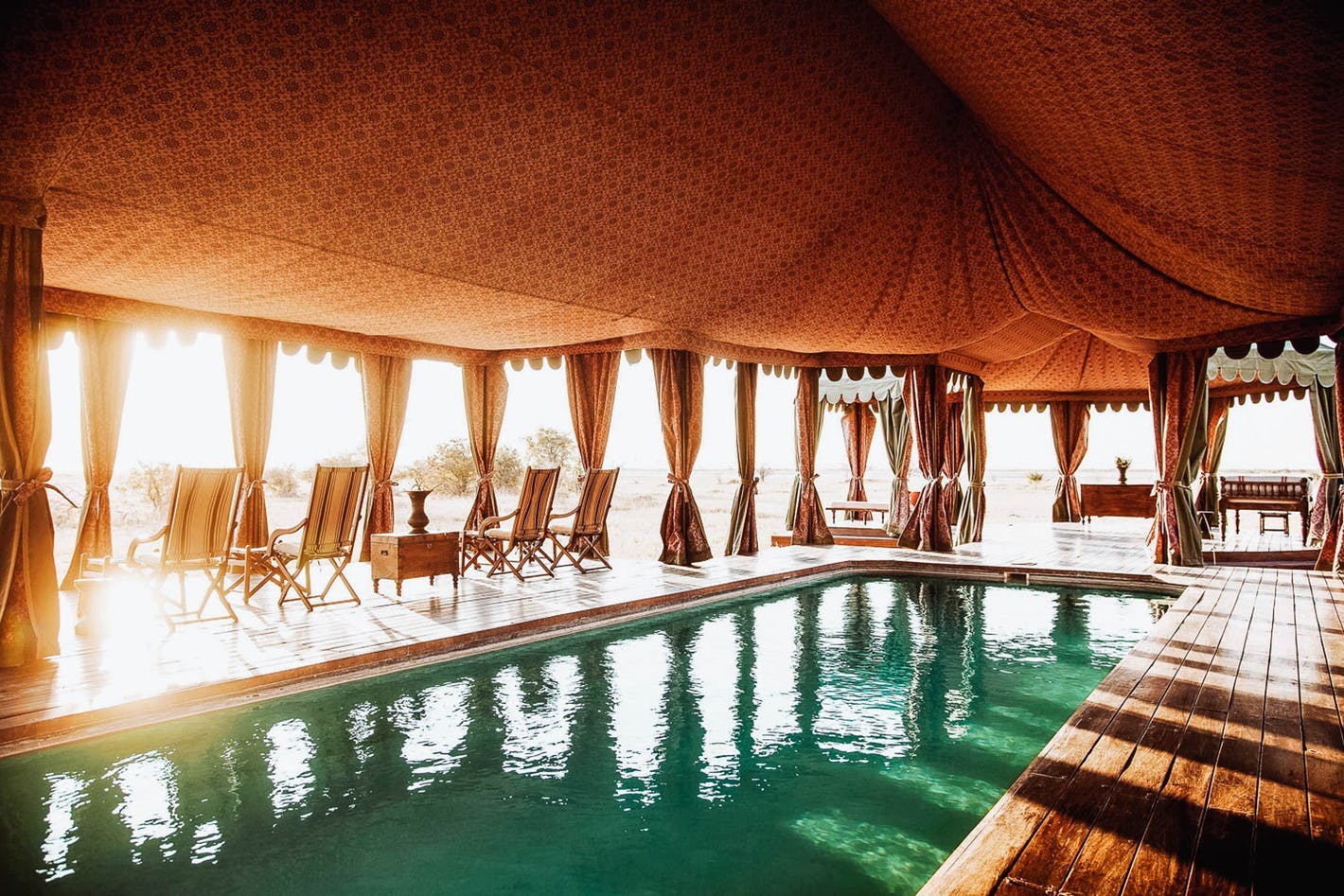 Number three on our list of best lodges in Botswana is Jack’s Camp, one of the most iconic camps on the entire continent, let alone simply Botswana. And what makes it so? It might be the glamorous red tents or the campaign-style, 1940s interiors, complete with canopied four-posters and original Deyrolle pieces; or perhaps it’s the exquisite afternoon tea spread, where towering chocolate cakes and fresh-from-the-oven scones compete for your attention with the glittering pans beyond. It could be the enforced digital detox that really floats your boat, or the incredible array of activities that appear out of nowhere – quad biking, sleeping under a billion stars, and walking with the bushmen spring to mind. But what we really like is the setting. Out here in the deepest Makgadikgadi, the landscape is other-wordly and beautiful; you’re a mere speck on the salt-baked horizon and everything and everyone you meet is intriguing, fragile and precious. 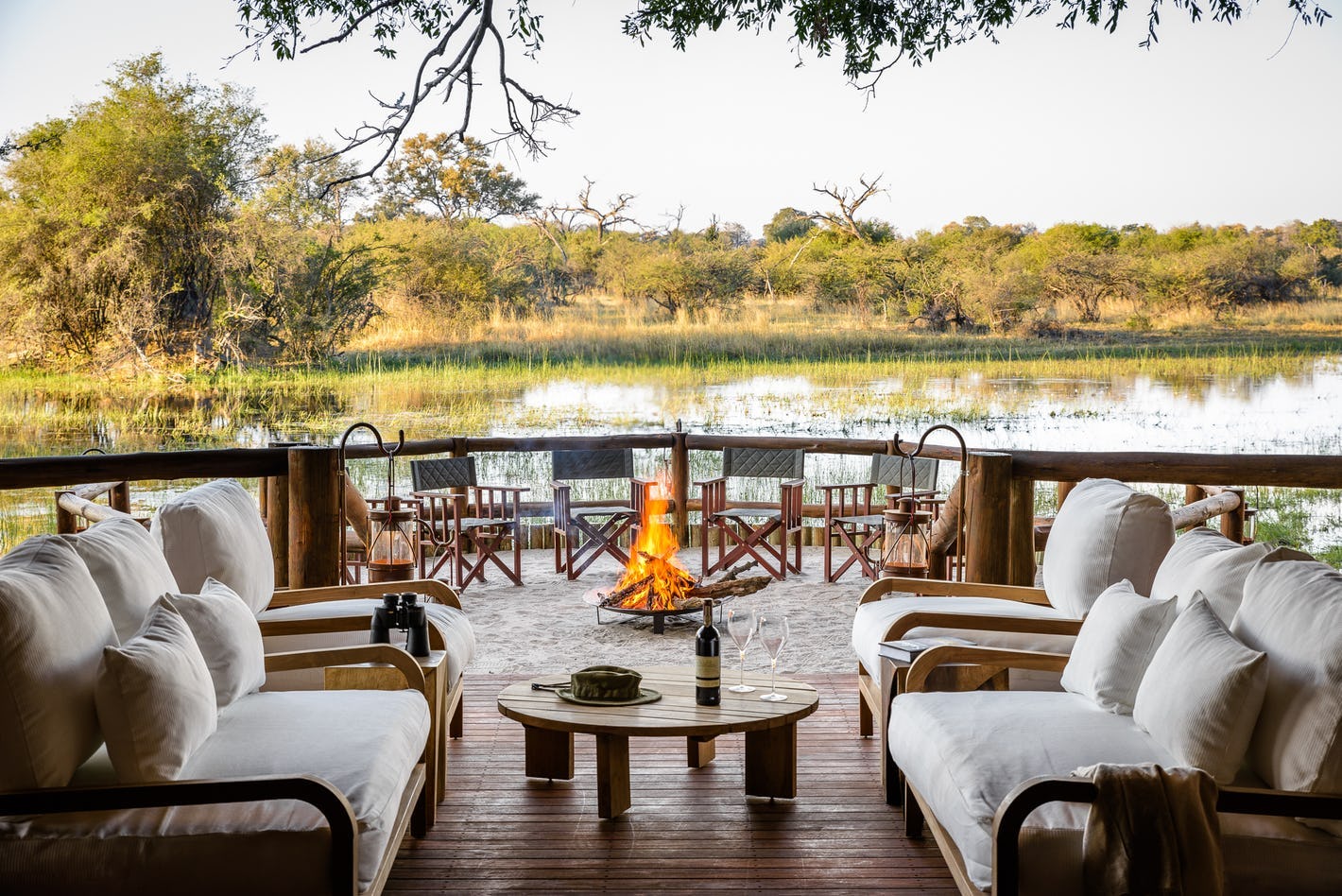 Established in 1999, the inimitable Chief’s Camp is an Okavango Delta stalwart. Recently refurbished, the camp has secured its position as one of the best lodges in Botswana with 12 bedroom ‘pavilions’, each a whopping three times larger than the previous ones, that are all sleek wooden floors, clean lines and bespoke furniture. At the main area, views of the Piajio Channel take centre stage, be it from the swimming pool, the fire pit or the uber-trendy bar and dining area. And whilst the lodge may have changed a little since 1999, you’ll be pleased to hear that little else has. Your location is Chief’s Island, one of the biggest islets in the Delta, and it’s a predator paradise if ever we saw one. Wild dog, cheetah and lion are common sightings, buffalo jostle for space alongside elephant and you may even be lucky enough to spot a tsessebe here or a red lechwe there. 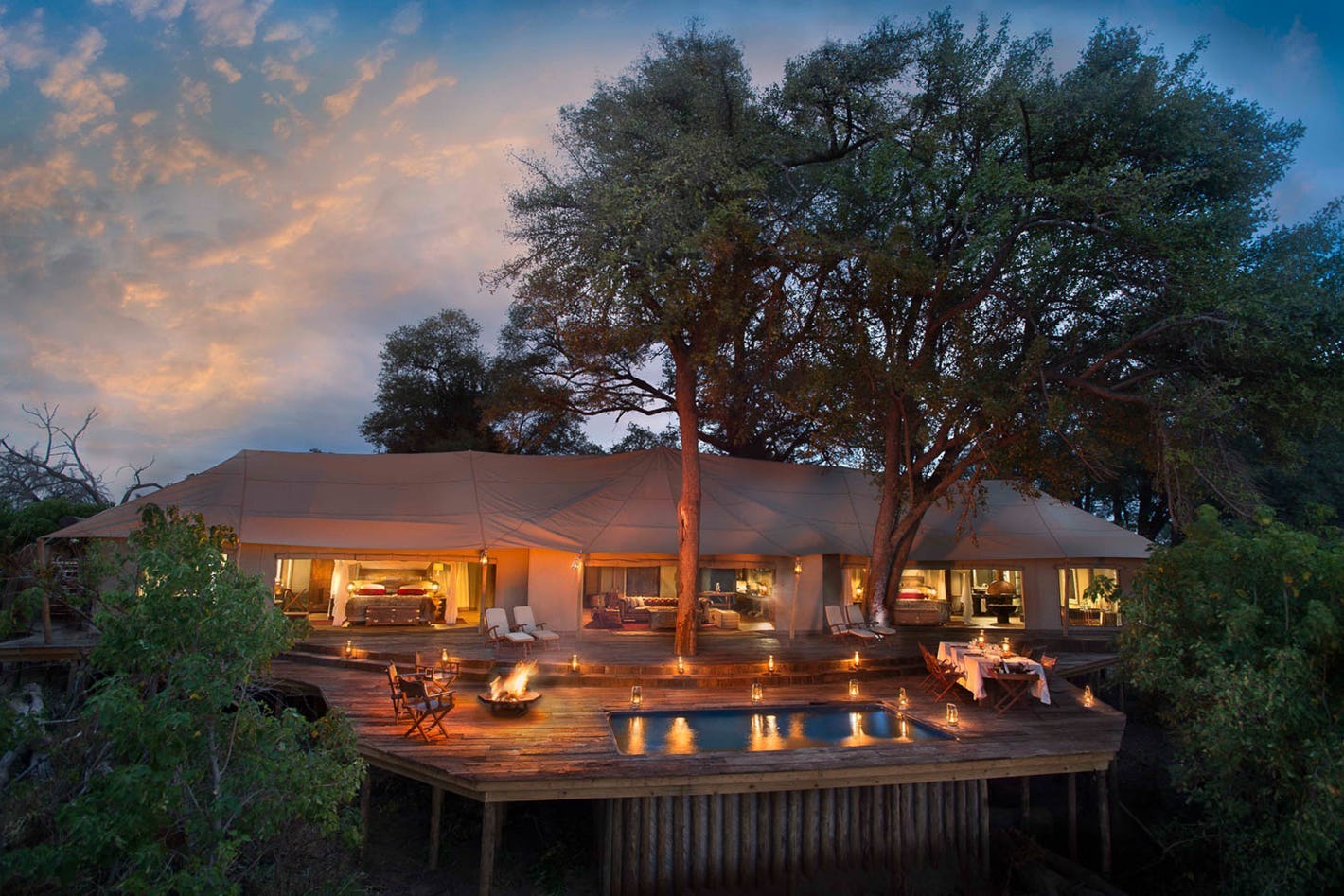 There’s no denying that a night or two at Zarafa will set you back a few pennies, but it’s a camp that should be firmly on every safari enthusiast’s bucket list. Firstly, it’s one of the most conservation-focused lodges we’ve ever come across. Owned by Great Plains Conservation, alongside Beverley and Dereck Joubert, celebrated filmmakers and all-round bush icons, the camp is actively involved in the incredible Rhinos Without Borders project that is seeking to relocate more than 100 rhino to safe havens in Botswana. Secondly, there’s the thoughtful finishing touches in camp, ranging from personalised stationary to state-of-the-art Canon cameras. Last but not least, it’s the dazzling location in the Selinda Reserve of the Linyanti. You’ll share the 130,000 hectares with only two other camps and spot countless lion, leopard, cheetah, elephant and buffalo – all through the in-house Swarovski binoculars, of course.

Zarafa Camp
Learn more
Botswana
Design your own trip
Pick a trip, choose your lodges and we’ll do the rest
Design a trip 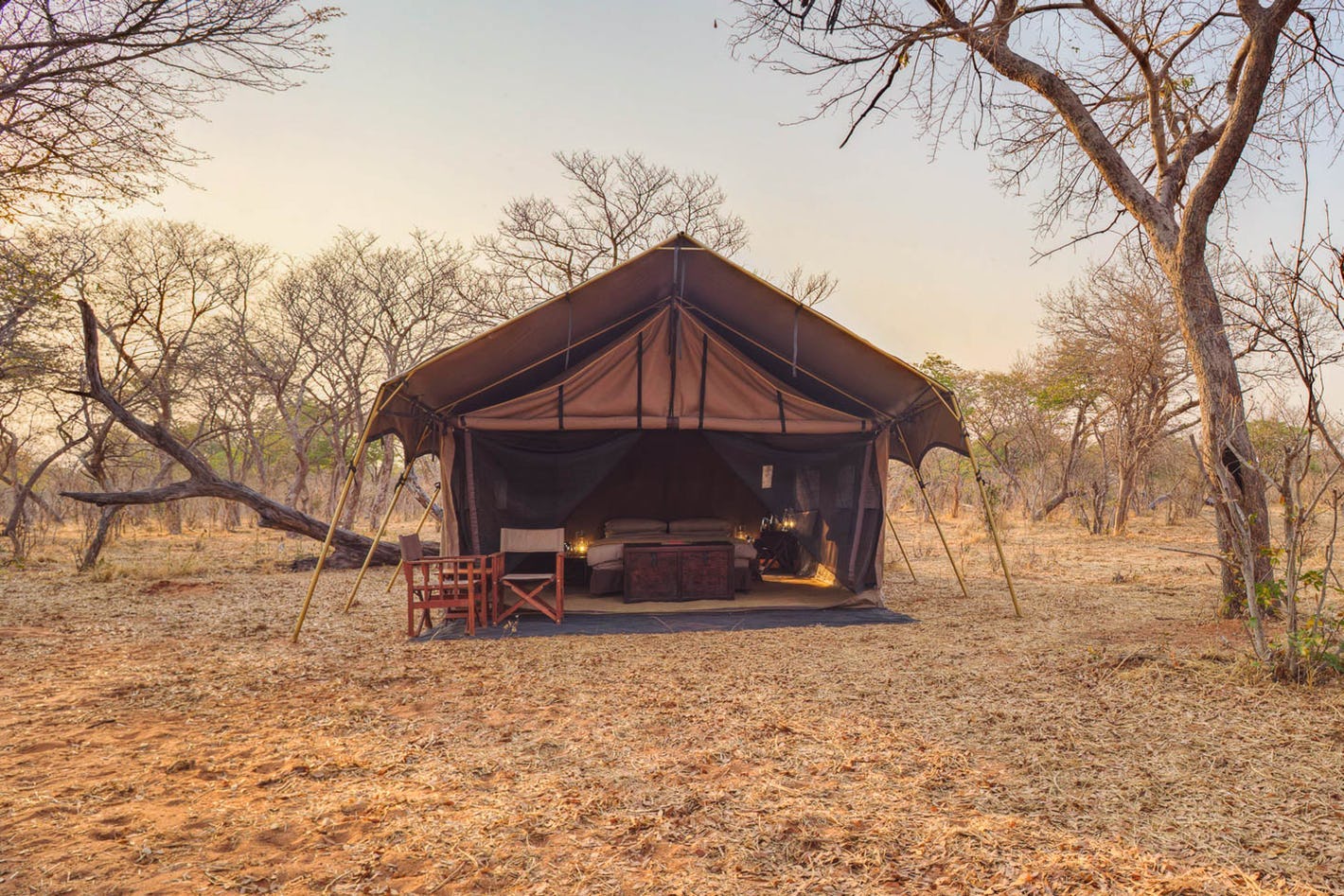 If the Delta is Botswana’s predator capital, then Chobe is the home of the elephants. The place simply seethes with them and you’ll catch enormous herds drinking and splashing in the river and strolling across the floodplains, babies in tow. Top prize is of course being able to watch the enormous pachyderms in peace and quiet with no other safari vehicles nearby – and that’s where Chobe Under Canvas comes in. Located within the national park itself (most other lodges tend to be on the outskirts), the swanky mobile camp moves to a variety of different private campsites, depending on where the action is. There are no long drives to reach the wildlife or queuing for the best sightings either; instead, the animals quite literally come to you and it’s not unusual to find ellies wandering the well-worn paths between the tents… 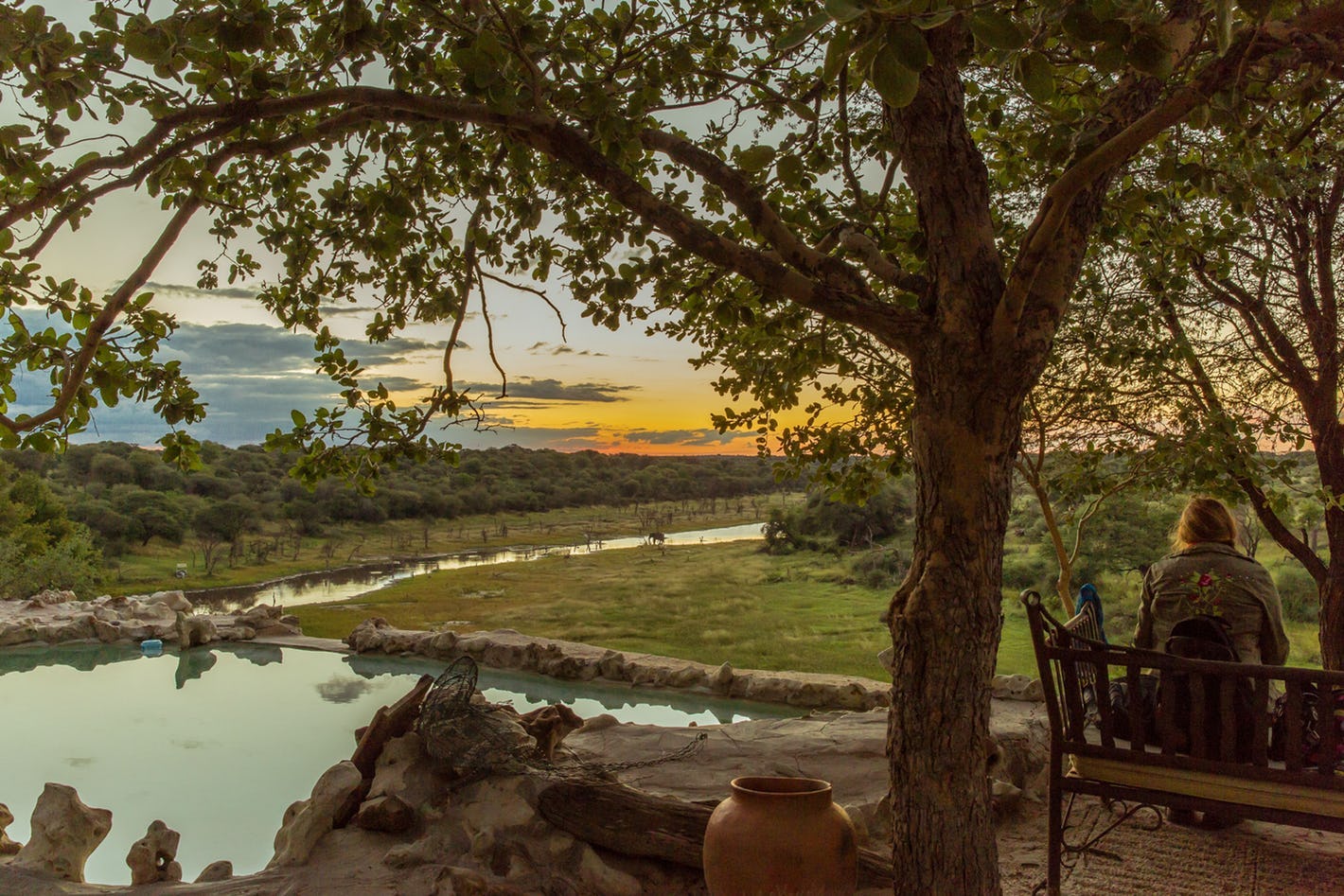 Budget and Botswana aren’t often found in the same sentence, but that’s where this little clifftop gem comes in. Perched high above the Boteti River in Botswana’s Makgadikgadi region, Meno a Kwena is an incredibly affordable choice amid a sea of bank-breaking luxury, but it’s also quirky, fun and full of character – where else would you find a parachute-covered main area and a life-sized crocodile skull at the dinner table?! The roster of activities also rivals many of its more expensive neighbours and you’ll be treated to game drives, walks with the fascinating local bushmen, sleepouts under the stars, and afternoons of wildlife-watching in the floating hide. Oh, and did we mention that in April, Africa’s second largest migration congregates on the banks of the river, just below camp? You might not even need to leave your (beautifully-styled) bedroom… 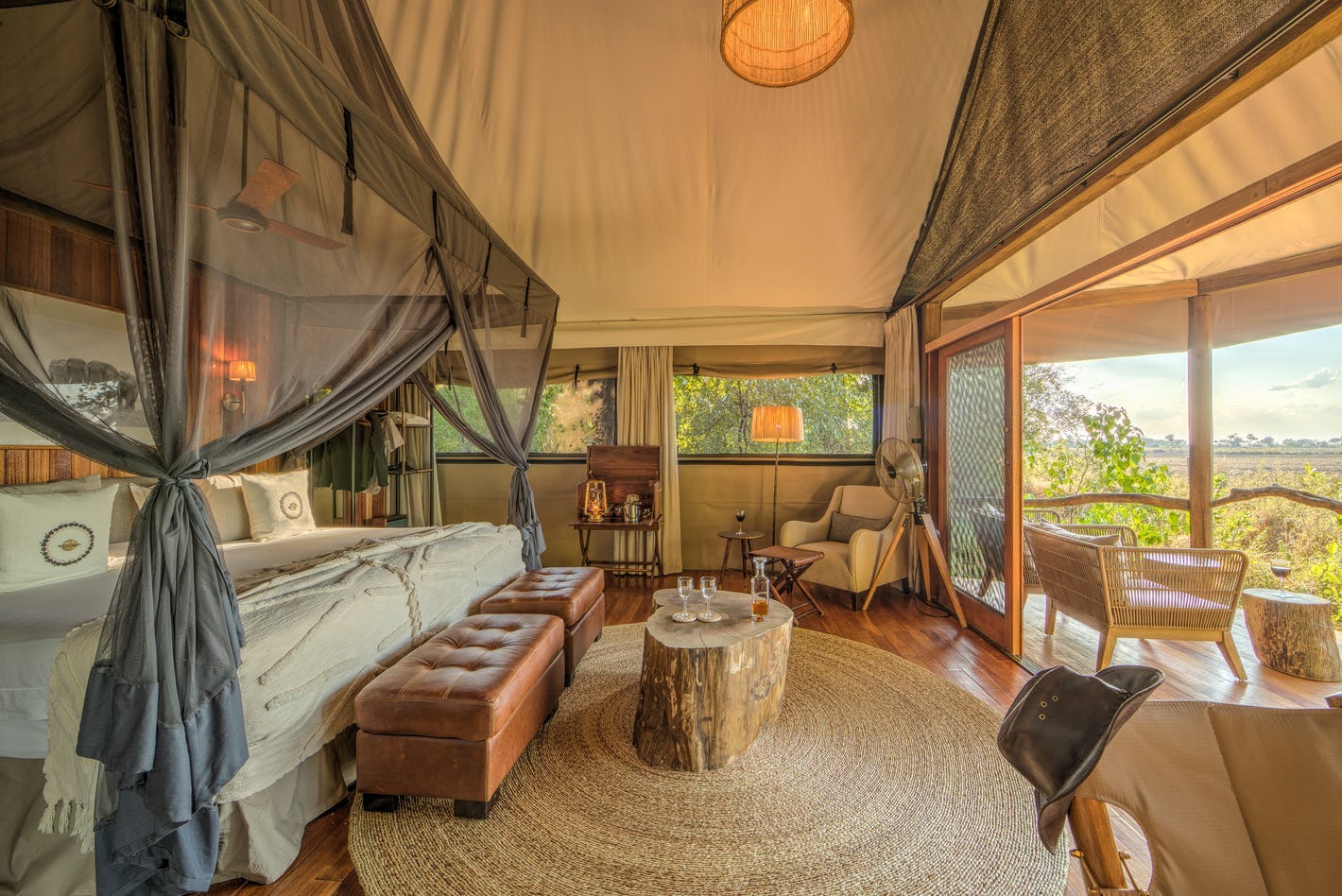 If you’re hankering after a laid-back place to lay your head and one with an old-school, ‘traditional’ safari camp vibe, Kanana Camp is your spot. Tucked away in the south-western part of the Delta, the bedrooms and guest areas in camp are the just the right level of comfy (homemade biscuits and tea on tap) with a good dose of safari chic (a plunge pool at the main area and beautiful, intricate furnishings). Kanana has also built up a reputation for offering some of the best water-based safaris around. First up are the power boat trips, which will zoom you along the beautiful Xudum River to some of southern Africa’s biggest heronries for incredible sightings of cranes, storks and pelicans. A close second are the mokoro trips, conducted in glass-bottomed canoes for maximum, underwater marine viewing. The name of the camp actually means ‘paradise’ in the local Setswana language – and we think they’ve hit the nail on the head. 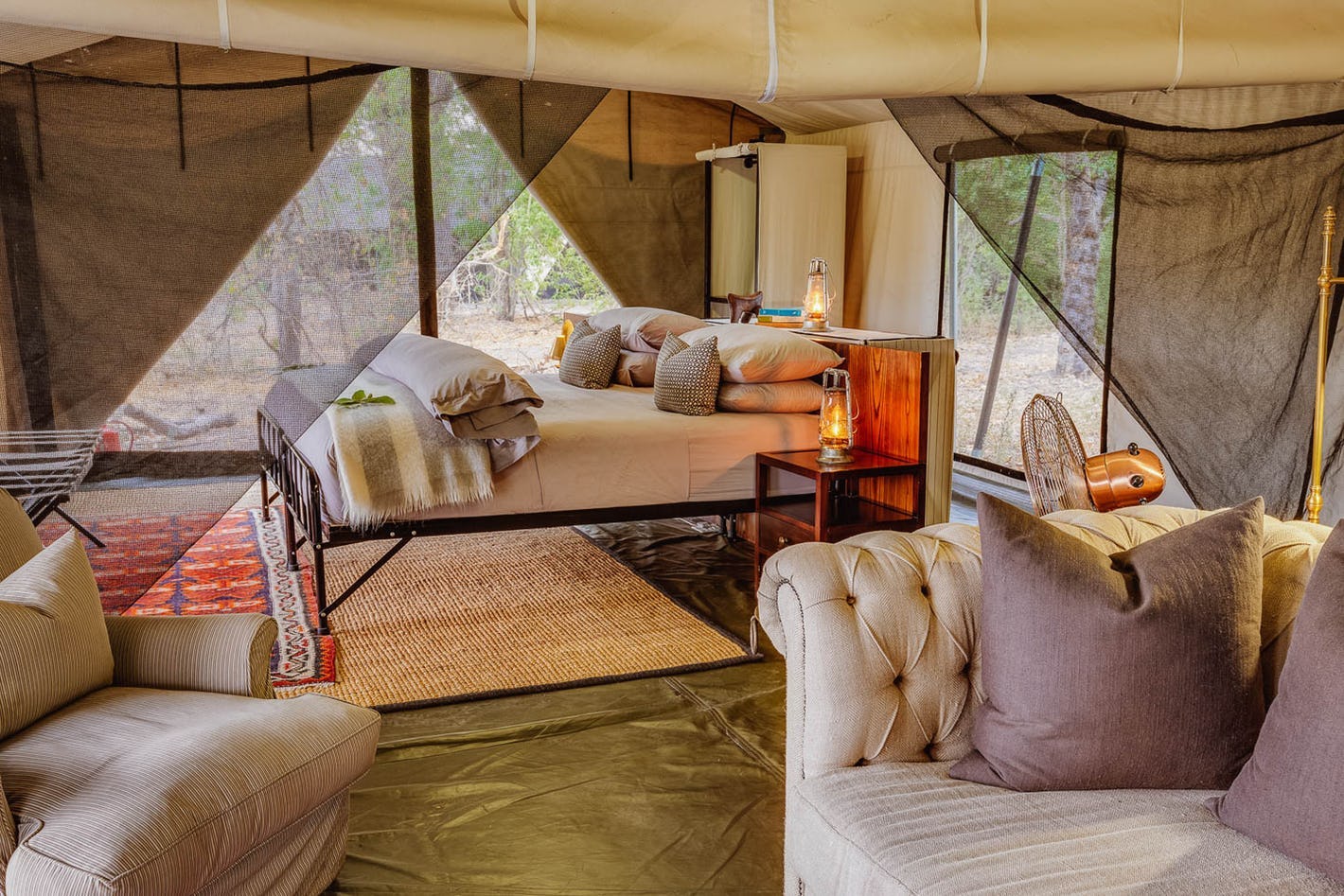 Owned by Machaba Safaris (who also count Gomoti Plains and Ngoma Lodge as part of their portfolio), Machaba Camp is all about an affordable experience in the game-rich Khwai area of the Delta. There’s a touch of elegance in there too and the 1950s-styled tents, all perched in the tree line above the Khwai River, are just the sort of place we’d like to retreat to. Alongside drives, informative walking safaris and water-based mokoro trips, Machaba also offers visits to the communities in and around the area. Recently, they have funded a brand-new pre-school and aim to build one every year until there is one in each of the 13 villages. The second project on the cards is building self-contained houses for homeless families in the community, and they are one of the highest rated eco-operators in the region. An all-round package that you can’t fail to love. 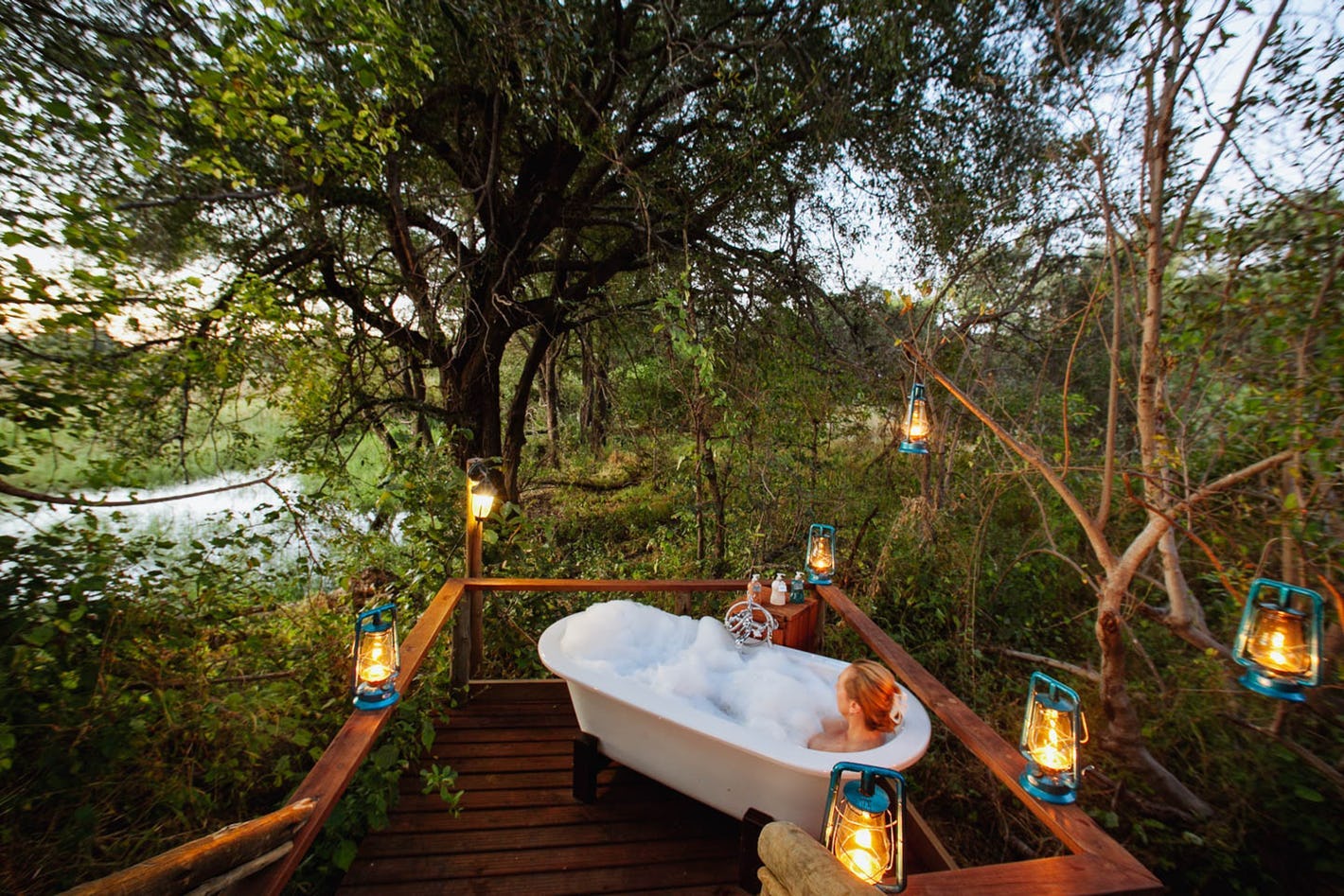 Rounding off our list of the best lodges in Botswana is Pom Pom Camp. It’s a seamless sort of place where everything is always just right, from the postcard perfect location in the south-western Okavango Delta to the classic style of the rooms and the old safari charm of gathering around the campfire, sharing stories of the day’s happenings. Nothing is over the top (unless you count the outdoor bathtubs, but really, we couldn’t think of a better place for an alfresco soak…) and it’s the guides’ unwavering passion for the animals, the activities and the landscape that’s truly memorable. Join them on game drives, night drives, mokoro safaris, boat trips, and even fishing expeditions if the water levels are right, and discover a side to this epic ecosystem that you didn’t know existed.

Pom Pom Camp
Learn more
Where to go on safari?
Answer a few simple questions to get instant trip recommendations
Start the wizard 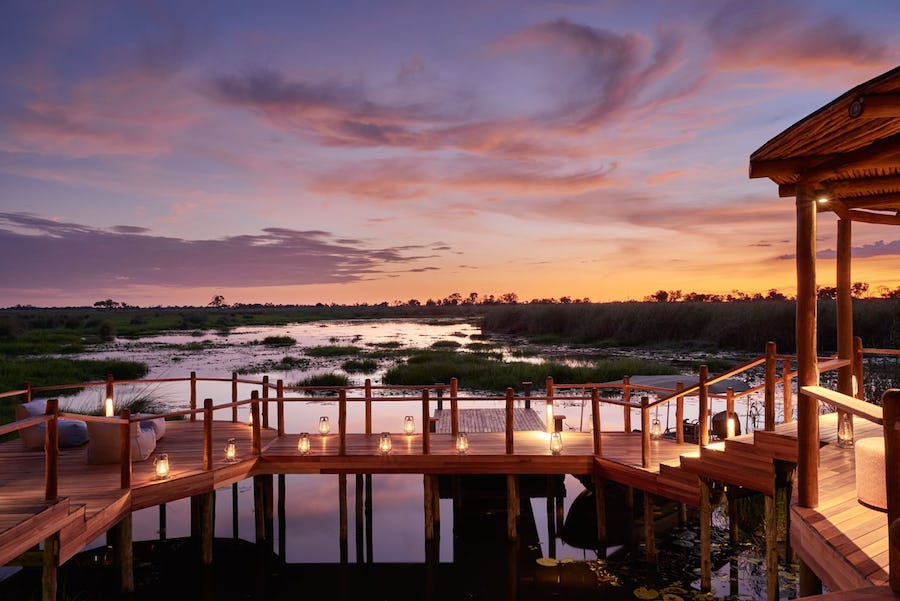 Things to do in Botswana 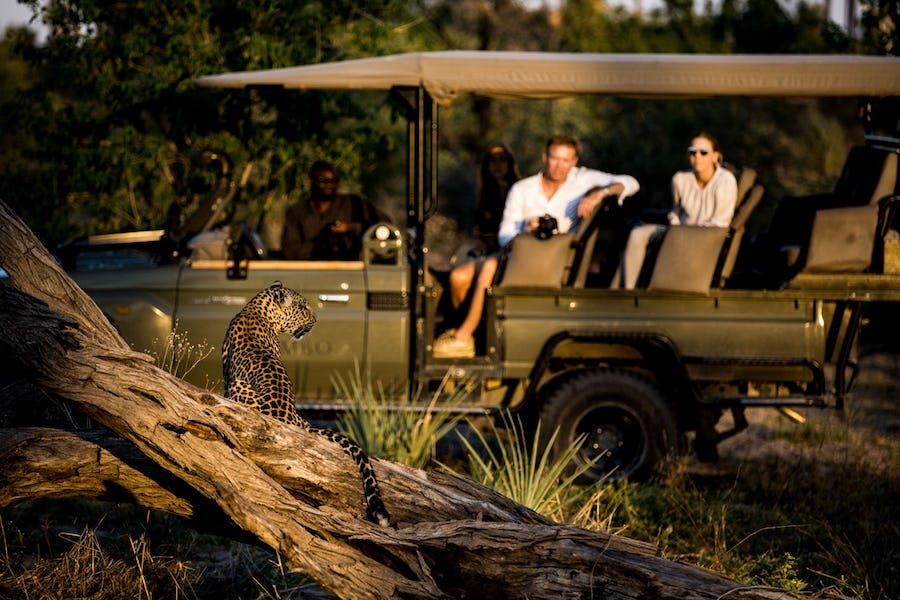 Things to do in Botswana

From the unusual to the extraordinary
Planning Guides 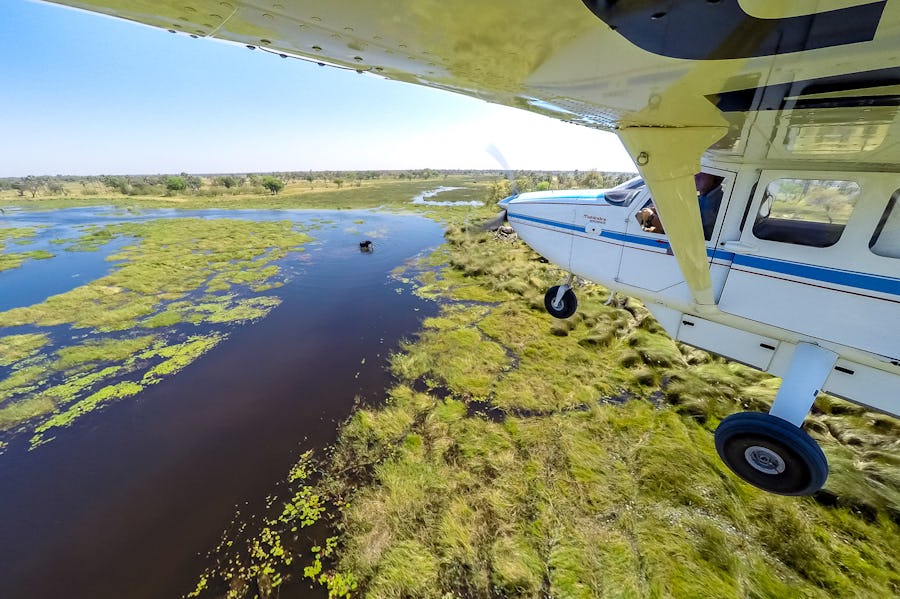 Find out when to see Africa's safari gem
Safari 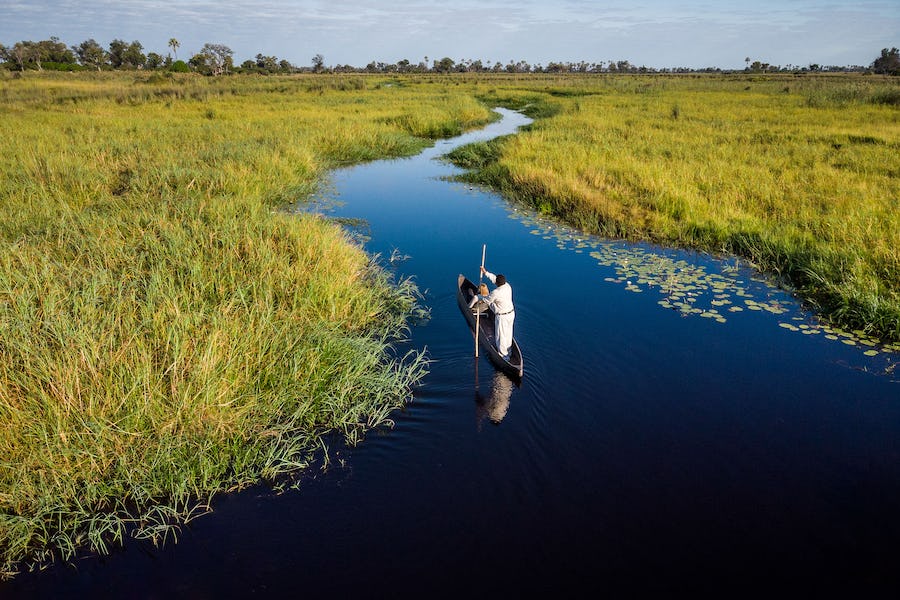 Here's what no other safari company will tell you
Planning Guides 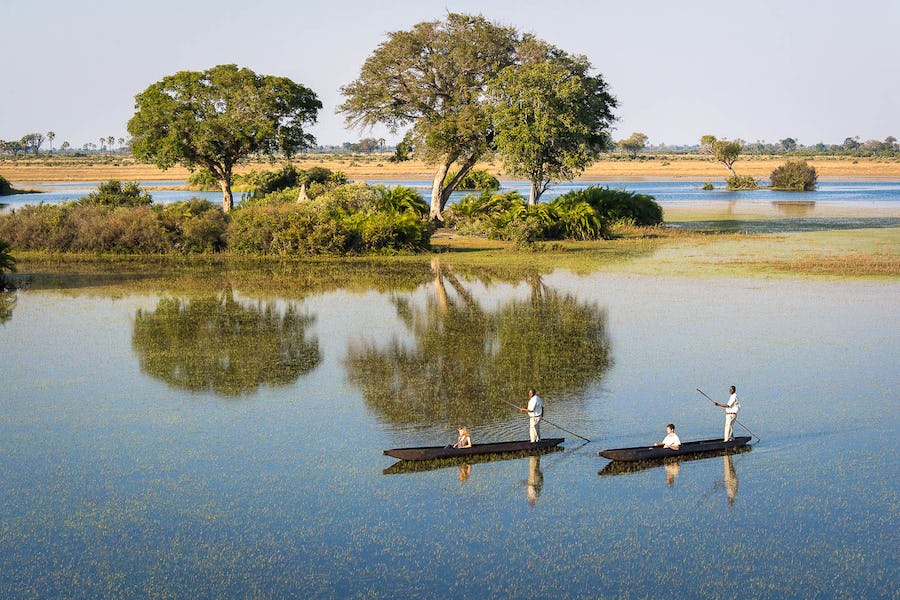 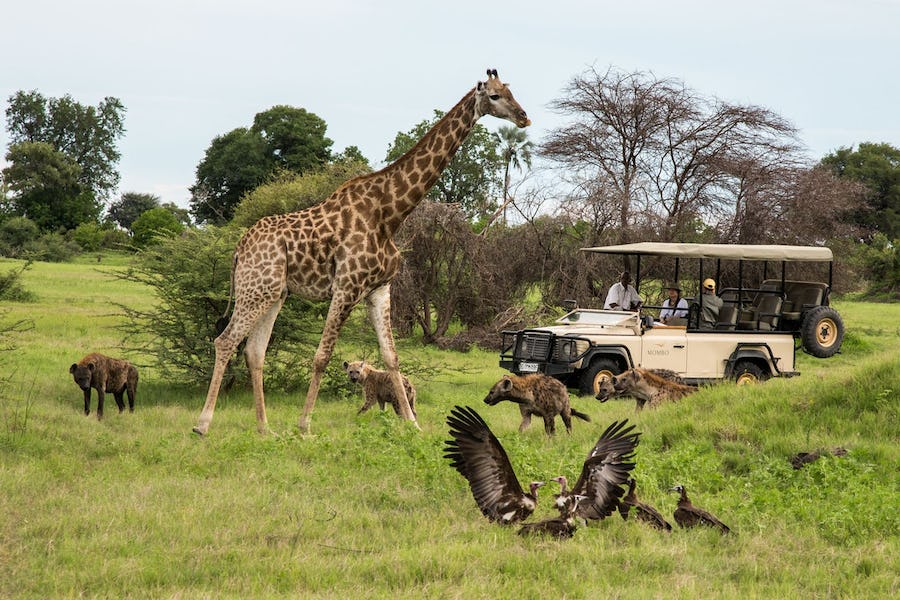 Read on for our insider information…
Planning Guides 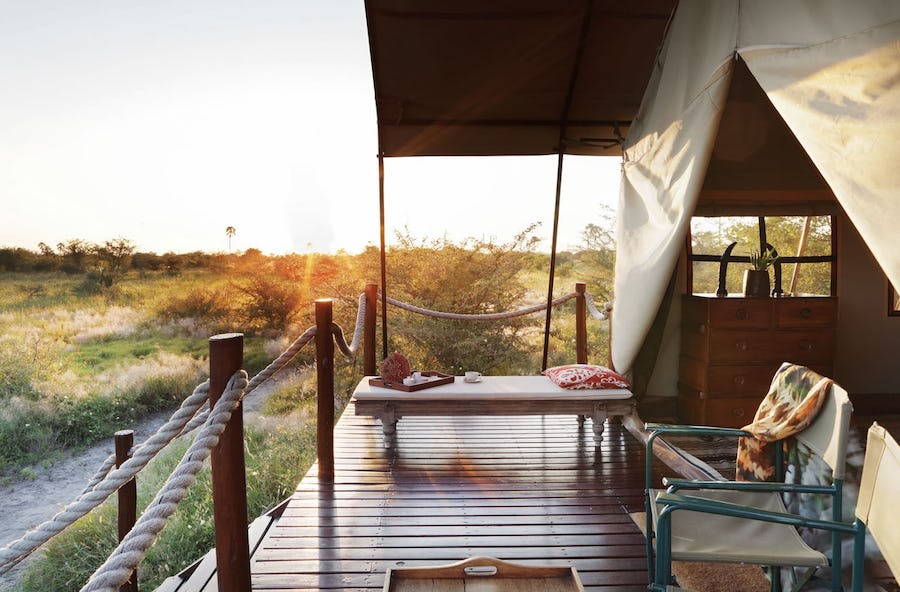 Everything but the kitchen sink!
Top 10s 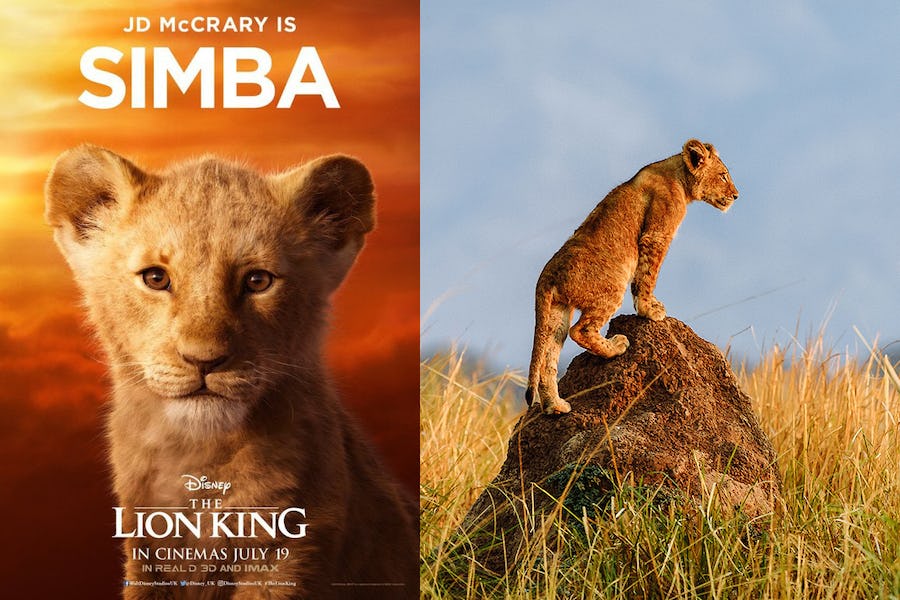 Oh I just can't wait to be king...
Safari

The best lodges for walking safaris 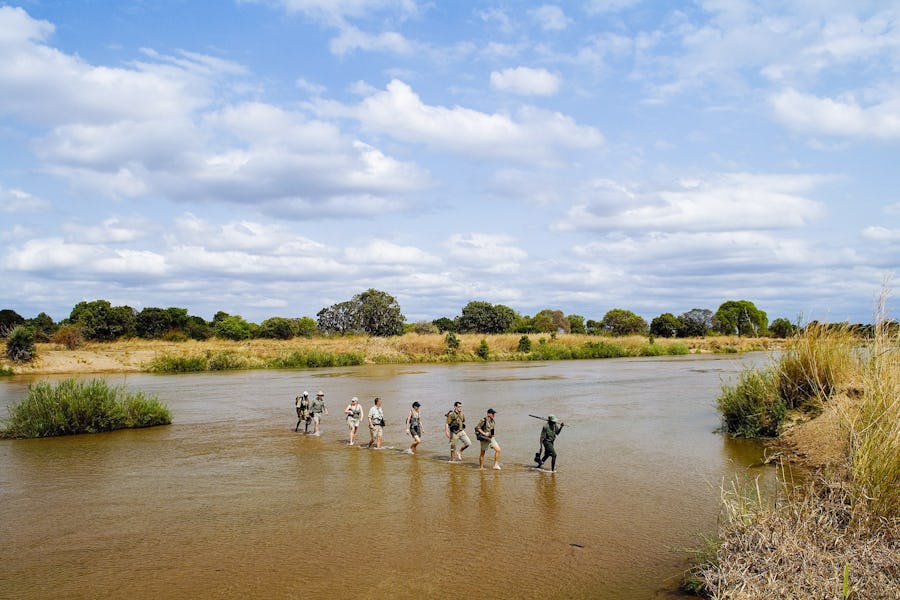 The best lodges for walking safaris

Walk off the beaten tracks
Safari

The masses are on the move
Timbuktu 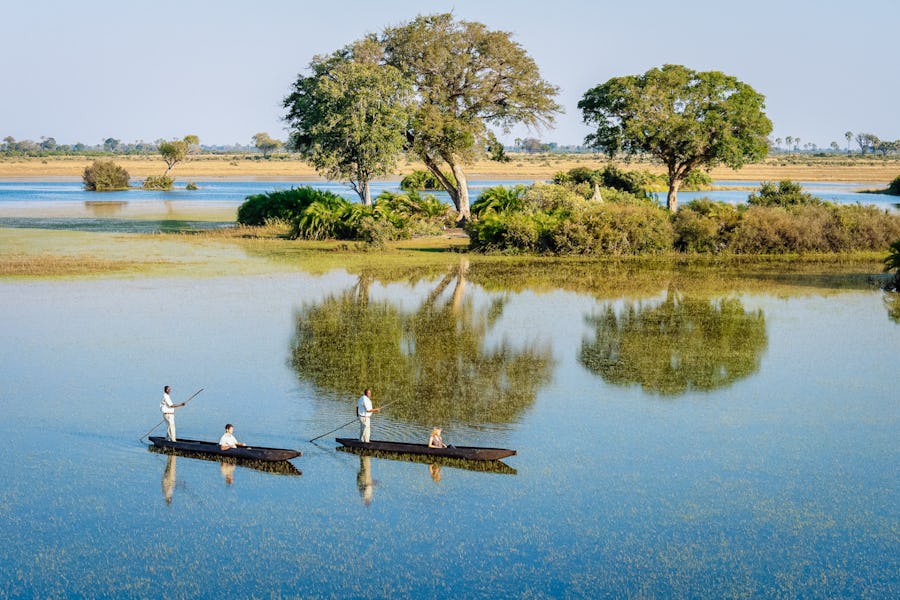 But where will the young royals choose?
Timbuktu 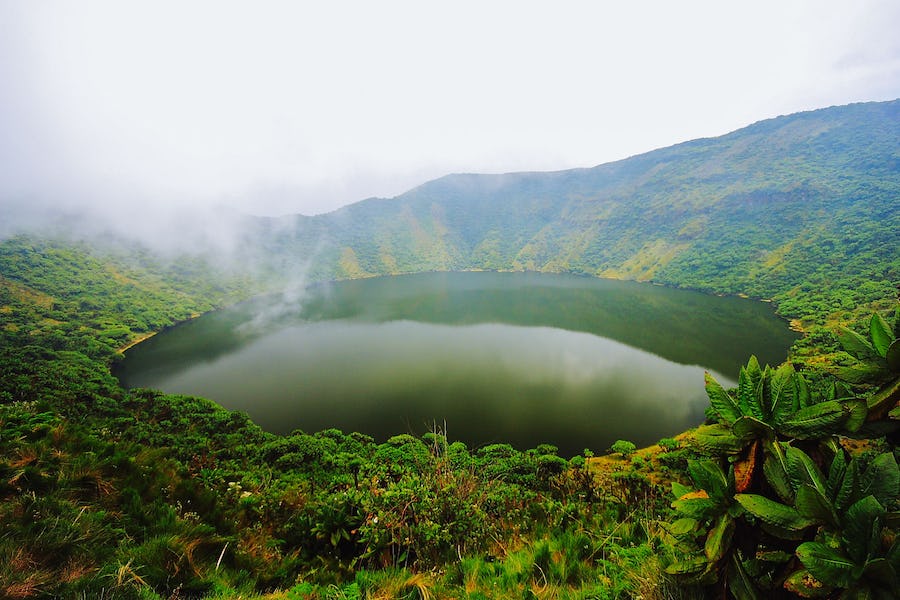 A new twist on an old favourite